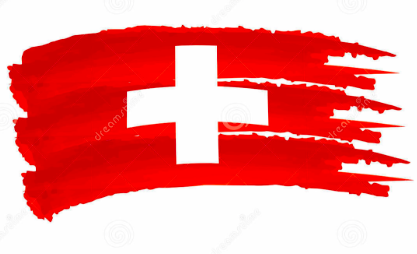 The Swiss National Bank (SNB) shocked currency markets Thursday of this week with a policy decision that crippled the Euro-Franc cross. Their announcement sent the franc soaring 30 per cent against the euro before settling lower, (still 16 per cent stronger) into the end of the week. This was as the SNB abandoned their 1.20 franc peg they’ve been defending since September of 2011, coincidently when the gold market peaked at over 1,900 USD per ounce.  The decision by the SNB has far reaching implications for not only financial markets, but also for when policy becomes exhausted and policy makers themselves are rendered helpless.

The move in the Swiss franc really demands the attention of investors as it is one of the biggest, if not the biggest, single day move from a liquid western economy’s currency in modern time. Beyond the questions of the stability of financial markets and the overleveraged and crowded trades that amounted to millions of dollars in losses for investors, there are the direct losses to Swiss businesses and the Swiss economy as their exporters are heavily linked to and trade with a European market. As well, the price adjustment in the franc reminded all investors of a bid for haven assets as even gold ended the week 4.5 per cent higher.

The SNB’s decision to abandon the peg to the euro ultimately came down to necessity. The commonly watched EURUSD is down over 15 per cent over the last year, and pressure on the euro continues for multiple reasons. The first is simply the threat of deflation to the Eurozone. Stagnant growth and the trap of weak business investment and broken fiscal and monetary policy have the region looking hapless. Then if we include the probability of the European Central Bank embarking on an episode of quantitative easing and factor the likelihood of a Greek exit from the currency union, there are many downward pressures on the euro.

The Swiss franc faces the same appreciation pressures as almost all other currencies that trade directly against the euro. In order to defend their peg they’ve been maintaining for over the last three years, they had to expand their balance sheet (print francs) and buy euro denominated assets. The balance sheet of the SNB relative to the GDP of the Swiss Economy has expanded so drastically they are now the largest of any western central bank at around 80 per cent. By comparison, when the US Federal Reserve saw balance expansion to 4 trillion USD during the process of Quantitative Easing, their balance sheet to GDP ratio was around 26 per cent.

The threat for the SNB was that the size of their assets on their balance sheet would soon dwarf their economy, and their large proportion of assets denominated in euros would too heavily impact their economy from fluctuations and volatility in the euro exchange rate. As is the case with most exchange rates pegs, the market forces will eventually takeover and the outcome that the policy makers had been trying to avoid (like an overly strong franc) becomes reality.

As we see central banks like the ECB and Bank of Japan make moves that increase their influence on financial markets via balance sheet expansion, questions center on the idea of stability. Furthermore, was the market action Thursday a “one-off’, or are we amidst an environment that is setting itself up for snap price adjustments that leave investors too slow and unable to react?

All investments contain risks and may lose value. This material is the opinion of its author(s) and is not the opinion of Border Gold Corp. This material is shared for informational purposes only. Information contained herein has been obtained from sources believed to be reliable, but not guaranteed.  No part of this article may be reproduced in any form, or referred to in any other publication, without express written permission.  Border Gold Corp. (BGC) is a privately owned company located near Vancouver, BC. ©2012, BGC.
« Back to Weekly Updates