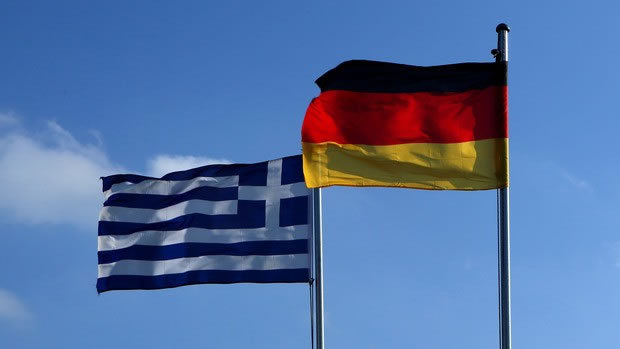 Cash is a scarce commodity in Greece.

In June, Greek banks declared a surprise limitation on how much could be withdrawn from an account. At present, the government still limits the cash withdrawals of its citizens.

Of course, this is just the most recent development in a series of events that make up the cash squeeze. In response, Greeks have done what all people do when they cannot get enough currency – improvise.

Since 2010, several alternative systems of payment for goods and services have cropped up in Greece. One is TEM, which allows people to accrue monetary credit online and then use that credit to pay others. Another is the Athens Time Bank, which logs time units and allows individuals to pay each other with their time; the services provided can be anything from language lessons to medical consultations. And still, other systems are popping up, as Greeks, cut off from their own savings in the banks, seek out any method of payment other than the euro. As expected, barter is becoming commonplace.

Greece is right where Weimar Germany was in late 1922. The 1919 Treaty of Versailles required Germany to pay reparations for WWI. But after losing the war, Germany was already on the ropes economically, and the conditions of the treaty amounted to an unpayable level of debt. As it became apparent that the debt was impossible to pay, the Allies squeezed harder. Economic conditions in Germany dramatically worsened, not unlike those in Greece today, and for the same reason.

Germans did their best to sidestep the economic squeeze. As the cost of goods and services was rapidly rising (on a daily basis), they learned that it was best to spend Reichsmarks as quickly as possible on anything that was holding its value better than banknotes were.

Interestingly, in 1922, virtually no one felt that currency was the problem. German politicians blamed the Allies, particularly the French, for demanding that Germany fulfill the terms of the treaty. Bankers often blamed foreign currencies for rising against the mark. And the people of Germany generally placed the blame on the most immediate symptom – the fact that costs were rising more quickly than wages. Although they were pleased when their own wages went up, they wanted the prices of commodities to remain the same. The common people therefore blamed the merchants (particularly the many Jewish merchants) for raising the prices of their goods every time wages increased. They called it “Jewish greed” and failed to understand that every time wages increased, the cost of production increased, and in turn, this increase was passed to the merchants.

In 1922, as in 2015, most everyone failed to recognize that monetary movement is circular in nature, not linear. All payments, for all goods and services, impact one another in a domino effect.

The provision of goods and services is the lifeblood of any economy. Those who offer goods or services and those who pay for them create wealth. This is the natural order of economics. However, if currency is artificially pumped into an economic system – through the printing of bank notes, as in Germany in 1922, or through the provision of bailouts, as in Greece in 2015 – no goods have been created, and no services have been performed. The injection of currency fails to improve the economy; it makes the situation worse. At some point, the money tap must be shut off, and when it is, a crash takes place. The severity of the crash is directly proportional to the degree of currency injection.

So, as long as we’re comparing parallel events, what else happened back then? Well, while most people in Germany were experiencing a steady decrease in their standard of living, farmers seemed to be holding their own. This, of course, was because they remained productive. They created essential goods for sale to others, so they maintained their living standards. In the autumn of 1922, while most Bavarians could not afford to attend Oktoberfest, the beer halls still did acceptable business because of the farmers who came to town for the celebration. However, city dwellers deeply resented those farmers for buying the beer that they themselves could not afford.

So great was the resentment that the prime minister of Bavaria submitted a bill to the Reichsrat to make gluttony a public offence.

In 1923, as the Weimar inflation grew to the point where city dwellers were starving, many people went out to the country to steal the produce farmers had worked to grow. The city dwellers’ resentment was so high that many raiders even killed farmers out of hatred. Further, since they couldn’t take the farmers’ cattle back to the city with them, they slaughtered them in the fields out of spite. Of course, by destroying the source of the food, they assured that they would receive even less in future. Many starved.

As stated by British Author Adam Fergusson in When Money Dies, “It brought out the worst in everybody… It caused fear and insecurity among those who had already known too much of both. It fostered xenophobia. It promoted contempt for government and the subversion of law and order.”

Further, as stated at the time by Sir Basil Blackett, controller of finance of the British Treasury, “Each class in Germany thinks that the burden of taxation should fall on some other class.” (Does any of this sound familiar?)

But what about the rest of us? We’re not in the same financial state as Greece – at least not yet. But the whole of the EU, the U.S., Canada, and many other “First World” countries are following the same destructive economic path. We just aren’t quite as far along as Weimar Germany in 1923.

So, what happened next in Germany?

• Public demand for a mandatory redistribution of wealth increased.

The desire for redistribution of wealth has become a common cry, and particularly in the U.S., where a presidential election will take place in a year and some candidates are fanning the flames on the issue.

• Any movement of currency had to be reported, then authorized.

Currency controls are being implemented, one after the other, to limit people’s ability to move their own money. Most threatening is a plan to eliminate cash so that money cannot be transferred without the permission of the banks.

Politicians in the EU and U.S. are increasingly speaking of the need for protective tariffs.

For decades, political leaders have been squeezing the economy for all they can get. As they’ve reached the point of diminishing returns, they’ve done what politicians always do: increase debt to prolong and increase their intake of wealth.

These actions can be likened to those of a farmer who, wanting more milk than a cow can produce, milks it dry, and then, refusing to admit his folly, starts draining the cow of its blood. He may claim that the increasing need will be satisfied by increasing the removal of blood and, on a temporary basis, this claim will allow him to continue making use of the cow. However, it is a certainty that, at some point very soon, the cow will collapse.

Most people have no idea what really happens when a currency collapses, let alone how to prepare.

We think everyone should own some physical gold. Gold is the ultimate form of wealth insurance. Its wealth preserves through every kind of crisis imaginable. It will preserve wealth during the next crisis, too.