Crude Oil – Maxed Out & On The Brink of a Significant Move 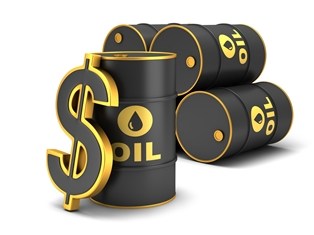 If You Make a Grand Shorting Oil, It’s on Me!

That’s what today’s idea is. Just remember, when you jump on today’s trade idea and make a grand, this one’s on me.

I’ve already begun preparing my paid subscribers with exact trade recommendations. But you can still act on this idea, because it is driven by key indicators that have performed well in the last 12 months.

The idea is that crude oil’s climb has maxed out.

For the month? Likely.

For the year? Perhaps.

Basically, as I’ve been telling my paid subscribers for several weeks now, things are coming together in the crude oil market.

Unfortunately, they are converging to disappoint the bulls … at least for the time being.

I could make the case, technically, for crude oil to rise to around $60 per barrel before its fortunes turn sour in a negative feedback loop sort of way.

But things like sentiment surrounding the OPEC agreement, wave and Fibonacci analysis as well as speculators’ net long positioning all seem to suggest one thing.

That is, crude oil’s path of least resistance is quite clearly down.

And it’s this last point that I think deserves our attention.

I’ve talked about it before — many times — in these pages and others, how extreme positioning in the futures market can signal price reversals.

This seems particularly true for crude oil, where it has helped me and my subscribers identify a series of profitable trade opportunities.

And it seems the mainstream financial press is catching on to its forecasting worth.I found the following chart in a MarketWatch article: This chart is telling us that large speculators have amassed an extreme net long position. One that rivals the 2014 peak when the price of crude oil collapsed.

(Note the blue dot in the upper-right corner of the image, which represents July 3, 2014. The image reads: “Oil Speculators Net-Long to Obscene Extreme.)

In other words, oil traders are super-bullish … and that’s a contrarian indicator.

Despite crude oil finishing off last week on a strong note, now would seem like an opportune time to short crude oil.

Of course, you can do that in the futures market if that’s your playground of choice.

Or you can sell short oil ETFs: the U.S. Oil Fund (USO) or shares of oil producers like ExxonMobil (XOM), for example.

Or you can purchase shares of inverse ETFs such as the DB Crude Oil Short ETN (SZO) that are designed to move up when the price of oil goes down.

And if you’re looking for some other ways to trade crude, I know two great ones.

You can buy put options on oil ETFs or oil producers. This will let you profit on downside in the price of oil and oil names … without having to pony up large amounts of margin to sell short the shares.

And if you have oil stocks and/or ETFs in your portfolio that you don’t want to part with, you can write call options against those securities if you think a top is in and you’d like to collect some cash payments from selling those calls.