Crisis – Create your own Plan B 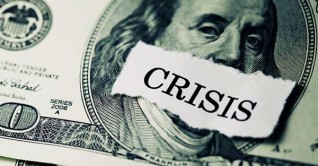 By all accounts, George is living the American dream:
He’s had a successful career. Owns his own home free and clear. Married to his high school sweetheart and has two children.
However, George has always felt that something was off with the world. A 19+ trillion dollar deficit. Record levels of debt. Stocks trading at obscene valuations. Constant printing of money by the Fed. Banks with cash-to-deposit ratios as low as 3%. NSA spying. 50+ million people on Food Stamps in the Land of the Free.
“This isn’t the country I grew up in,” George realizes.
Eventually, George sees the writing on the wall.
He understands the trend. And he knows that it’s going to be his kids and his grandkids that will suffer the greatest consequences of all this profligacy.
George knows that he doesn’t have to be a victim.
He can take charge and take steps to put himself in a position of strength.
He decides to create his Plan B.
He moves a portion of his savings to a foreign bank account that’s 10 times more capitalized, 20 times more liquid and pays 50 times more interest than a traditional Western bank.
This way, if there’s ever a problem with the dollar or his bank in the US, his wealth will be protected.
He establishes a second residency in Latin America for him and his family, just in case. It’s also a nice place to spend some time with his family during vacations.
He also stores some gold overseas in one of the safest precious metal storage facilities in the world. This way, even if confidence in the dollar erodes and his neighbors lose purchasing power…he’ll have an asset that’s historically proven to hold its value.
When George talks with his friends about these things, they all say he’s crazy. His neighbors ridicule him for his overseas gold storage and for thinking banks in the US aren’t safe.
Then one rainy Thursday afternoon, the media reports that the Russian government has decided to dump its holdings of US Treasuries.
By Thursday evening, the Chinese follow suit.
Suddenly trillions of dollars come flooding back into the United States. The dollar sinks immediately. Global stock markets begin a massive selloff. Gold soars.
The President calls an immediate crisis meeting at the White House to try to figure out what to do. They have to prop up the Treasury market somehow.
Friday afternoon, after the close of business, the announcement comes.
The government declares that 70% of all retirement accounts in the United States will be converted into US government bonds.
They claim that government bonds are much ‘safer’, so this is for the good of the people. Of course, it’s the weekend now, so there’s nothing that people can do.
But this fails to calm the situation. By Monday morning, the dollar plummets again, and people run down to their local banks to start making withdrawals.
By 12pm on Monday afternoon, the federal government declares a “bank holiday”, shuttering all banks in the country.
That evening, they announce ‘temporary’ measures to freeze people’s accounts above $25,000.
Banks are to remain closed for the rest of the week, and National Guard forces are deployed across the country to protect bankers from the rioters that are already gathering in the streets.
By Tuesday morning, George decides that he doesn’t like where things are headed. So he and his family pack a suitcase and head down south for warmer weather to their beautiful property in Latin America.
George buys a plane ticket, easily, because he has access to cash through his foreign account. Plus, he already has a place to go.
As they’re pulling out of the driveway, his neighbors are in the street, looking at George with astonishment. “How the hell did he know that…?” they all wonder.
For a small minority of rational, thinking people, George’s story is a common history of things to come.
There are some people who see the writing on the wall, and who are willing to take action by diversifying abroad.
Sovereign Man has an offer for to gain the premium intelligence you need to map out and implement your strategic Plan B. Just click HERE for information