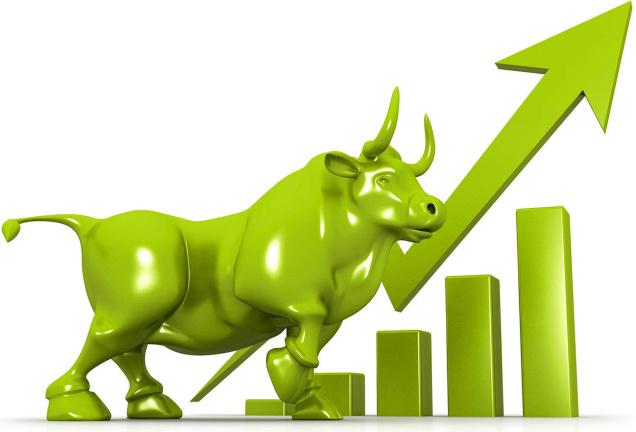 The following is a summary of our recent Financial Sense Newshour podcast, which aired on Saturday here and on iTunes here.

The S&P 500, Dow Jones Industrial Average, and Russell 2000 have moved sideways over the last couple of months as global markets have outperfomed. Looking at long-term trends and forces, however, US stocks should continue in a structural bull market that will last years more, Piper Jaffray’s Craig Johnson recently told Financial Sense Newshour.

We aren’t simply in a bull market, Johnson noted. Investors need to think of this specifically as a long-term, structural bull market.

There are two big forces coming to bear that will keep markets structurally bullish, Johnson stated. The current market has about 20 to 25 percent fewer stocks than in 2000. Also, we’re seeing companies buying back a huge amount of their own stocks.

As a result, there are fewer shares outstanding overall. If we get a repatriation of capital held outside the US due to tax reform or amnesty, it will go toward dividends and further share buybacks.

Though many have suggested valuations are already extended, Johnson doesn’t agree. If we see 10 percent earnings growth next year, coupled with a tax rate cut, we’ll likely see a pickup in bottom-line earnings growth, he noted.

“If the multiple of the market stays flat to where we are now … (markets) are not terribly expensive,” he said. “A lot of people say we’re at nosebleed levels, and at this point in time I don’t believe that is the case at all.”

“This is going to be a structural move higher for equities,” Johnson said. “I think this is not a 1-year move — I think this is probably a 5- or 10-year advance. Because of that, any of these little dips we see in the marketplace … I want to be buyers of these dips for the longer term.”

The 10-year bond yield is the thing we should most understand about this market, Johnson stated. The spread between 2- and 10-year notes has closed quite a bit lately.

“From my vantage point, we need to see some inflation expectations come into the market,” Johnson said.

Everybody seems to believe the Fed is determined to raise rates, he added. While the Fed has a great deal of control on the short end, at the long end it has less control.

Right now, bond investors don’t believe there’s going to be a lot of inflation, and they’re also worried about the flattening of the yield curve, Johnson noted. This suggests they’re anticipating a weak economic environment ahead.

“I will tell you right now … the Fed is not going to be aggressively raising rates,” Johnson said. “They’ll stay on the sidelines. That’s what I think will ultimately be the shift in psychology that investors are going to face certainly in June and definitely July.”

If that proves to be the case, we should look for the 10-year bond yield to move up. Johnson favors a range of 2.75 to 3. As we move above that 2.75 level, we will begin to see the asset allocation shift he’s expecting.

Right now, Johnson suggests buying technology, energy, and materials. He suggests being very selective when buying in the energy sector, and inside technology, he wants to selectively add semiconductors.

This bull market has shrunk, and it looks like its continuing to shrink,” Johnson said. “I think we ultimately know what direction the market goes when that occurs.”