Could Silver Soon See Its Day In The Sun? 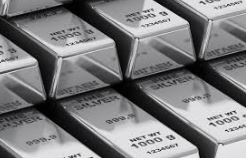 Over the past few weeks and months, there have been seismic changes in the way people are thinking of markets – and the concept of markets – generally.

As evidenced by movements in the Federal Reserve’s sale and repurchase facility from last September, which has resulted in the TARP balance sheet reaching a record of $6,000bn and at a record rate of over $630bn/month since the year began, there are ‘issues’ with all markets – in as much as markets are markets with ‘monetary’ fiat.

The whole concept of ‘owning shares’ is being questioned by those who’ve been taught to remain braindead by generations and generations of ‘economics teachers.’ It’s in this context that metal futures – especially of gold and silver – are moving apart from other ‘securities.’ May silver returned a co-basis reading of +0.2% on 10th March 2020 – i.e. actionable backwardation – before falling to its current level –12.3%. This would ordinarily indicate a substantial move out of silver – and indeed silver’s ‘fiat price’ fell from $17/oz on 10th March to $12 by 19th March. It should be noted that over the same period, the Dow Jones Industrial average fell from 25,001 to 20,087 – ‘value’ never to be recovered, allowing for ebbs and flows…CLICK for complete article