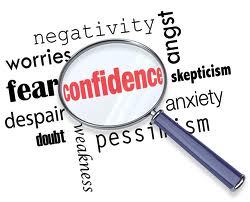 It maybe corny, but it is true. Confidence is not about merely being outwardly proud, it is all about believing in your own ability. The same is true with regard to the economy. Even Keynes realized it is WHAT you believe that counts, not even if it is actually true. Indeed, a false GOOD rumor will still move markets. Consequently, even Keynes knew you have to rekindle the “animal spirits” that led to confidence after a turning point.

In commodities, they have been moving them around for decades to try to create the impression there is a shortage and you better buy for it’s a bargain. That was the game when Buffett was buying silver in London so the supply declined in NYC as it was shipped to London. This old trick has suckering in even the well educated for decades. It sounds logical that a decline in supply means prices should rise. But prices will rise only withCONFIDENCE not supply. Something can be in short supply for decades and nothing will happen.

“Animal Spirits” is the term John Maynard Keynes used to describe the instincts, proclivities and emotions that ostensibly influence and guide human behavior, and which can be measured in terms of, for example, consumer confidence in his 1936 book: The General Theory of Employment, Interest and Money. It has since been argued that trust is also included in or produced by “animal spirits”. It is effectively the BELIEF in the market that counts – never reality.

This is why in a bear market GOOD news is never “good enough” and in a bull market “bearish news” is always ignored. It is what you believe that counts. So pay no attention to the promoters who say buy now because inventories are declining. Inventories in commodities decline in bear markets and always have. That is NEVER anything to pay attention to – only price movement. Look at all the yelling about the $3 trillion expansion by the Fed – it did not produce inflation. It is what the majority believes that rules the day.

So as everyone swear the stock market will crash and the dollar will crash, they have been saying the same nonsense for quite some time now. Silver fell 35% with declining inventories as did gold but it declined only 23%. So focusing on single isolated trends in the domestic economy is like assuming the world is still flat. Sorry – the world is round and it is a global economy – not just domestic.