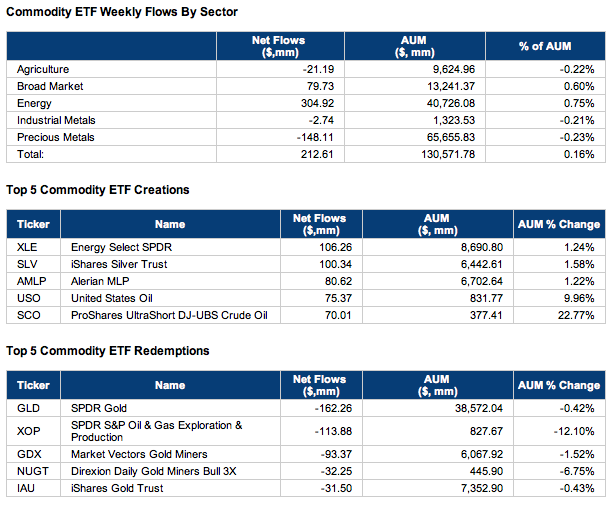 The energy sector enjoyed inflows of more than $300 million, while precious metals bled out almost $150 million.

A mixed bag of inflows and outflows across sectors added up to overall gains of more than $212 million for commodity exchange-traded products in the week ending Thursday.