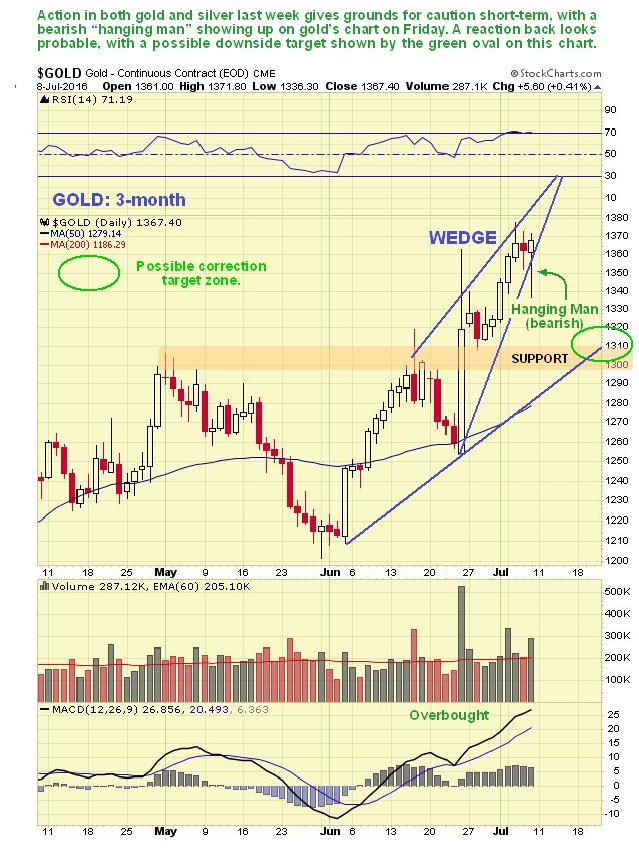 Over the longer-term the prospects for both gold and silver are very bright indeed, because of the inexorable global trend towards hyperinflation, driven by the stark reality that there is now no way back for the Keynesian extremists who have created the present shambles. Given the current debt structure, any serious attempt to “apply the brakes” will result in a total implosion and collapse of the system, which will disappear into a neutron star like black hole. They therefore have to keep ballooning the money supply and debt until the system is eventually consumed by a hyperinflation firestorm, which will be a more gradual process than a deflationary implosion, which would by comparison be an instantaneous event. This continued exponential debasement of fiat of course means that real money, gold (and silver), which holds its value, must rise in price exponentially to compensate.

Over the short to medium-term both gold and silver look set back to react back significantly, both for fundamental and technical reasons, and we will concentrate on looking at the latter in this update. ….read and view much more HERE

Chart of the Day – Gold and the Dollar