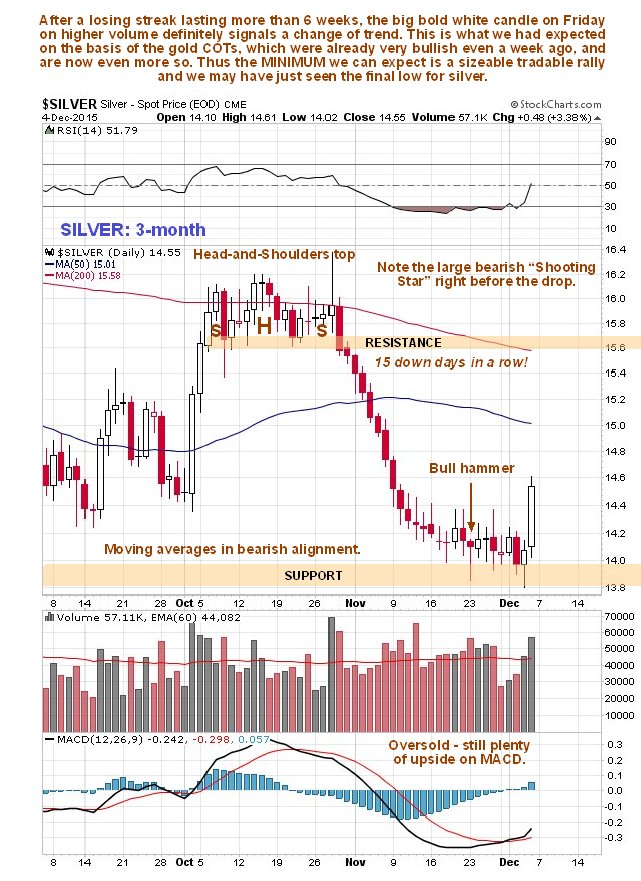 Silver broke out with gold on Friday, following an extraordinary plunge in the dollar on Thursday. On its 3-month chart we can see that the ground had been well prepared for this move, with an intermediate base pattern having formed above support for about 3 weeks prior to the breakout. The preceding persistent decline included an extraordinary 15 days down in a row. There were various indications of an impending upside breakout, including the appearance of a bull hammer at the support and a bullish cross by the MACD indicator above its moving average, the large gap with moving averages, and, in the background, silver’s COT was improving and gold’s COT had become remarkably bullish by last week.