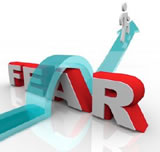 Confidence is slippery, even when you are a metals investor sitting atop the best performing assets of 2016. It doesn’t help when 4 years of a miserable bear market remains fresh in our memories. Any weakness in prices and it can feel like markets are getting ready to plunge right back to $13 silver and $1,000 gold.

That feeling is called the “Wall of Worry”, and bulls are going to have to climb it by staying in the market even if their emotions are telling them to bail. Let’s review the last 6 weeks because they are quite instructional.

June 1st: Silver closed at $15.97 and gold at $1,213. Precious metals prices stood well below the highs put in at the end of April and plenty of people declared the end of metals bull run.

There was plenty of reason to worry. At the time, markets were obsessed with Federal Reserve policy and sentiment was darkening. The year had opened with turmoil in the stock markets. The S&P 500 was plummeting in response to a December rate hike with the expectation of more hikes to come. Precious metals surged as investors sought refuge from crumbling stocks.

In mid-February Fed officials responded to the collapse in stock prices by reversing their rhetoric on interest rates. They reaffirmed their undying commitment to growth and prosperity through freshly printed cash!

Metals got another boost and the S&P 500 took off like a rocket.

So much so that, by June, schizophrenic officials had reversed direction once again. They sounded an economic “all clear” and began jawboning about raising rates. Some thought they might even get around to hiking as soon as the FOMC meeting in the middle of the month.

June 3rd: The Bureau of Labor Statistics (BLS) released a disastrous jobs report for May, missing even the most conservative estimates by a mile. The consensus on more rate hikes simply blinked out of existence. Forget higher interest rates, investors began wondering if Negative Interest Rate Policy would soon be making its U.S. debut.

Then, in the days leading up to the Brexit vote, metals prices take a beating. Everyone is watching, but no one expects the British to vote “Leave.”

June 23rd: United Kingdom voters shock people everywhere. Stock markets crash, there is turmoil in the foreign exchange markets and people wonder if Brexit represents the kick-off for the next worldwide financial crisis.

Not only were interest rate hikes back off of the table, central bankers stood out front and did what they do best: they assured markets that no one need pay for their sins. They stood at the ready to provide “liquidity,” also known as unlimited cash to prop up overleveraged and mismanaged banks and hedge funds who lost bets they couldn’t afford on Brexit.

Only investors were split. Some bought risk assets like stocks, figuring the hysteria surrounding Brexit was overdone.

Others bought safe haven assets including Treasuries and metals. They saw European banks in a lot of trouble. Italian banks needed a bailout and much larger banks – Deutsche Bank and Credit Suisse – were signaling the possibility of collapse as their share prices traded below the 2008 crisis lows.

Cue the next U.S. employment report. This time the BLS puts out a blockbuster number that beats expectations by a mile. That report and the continuing rally in stocks undermine interest in safe haven assets. People once again start whispering about the Fed raising interest rates. Metals and bonds both drifted lower.

So what have we learned? World events are unpredictable – perhaps even more so lately. And, in bull markets some of the biggest moves happen suddenly, when people least expect it. Blink and you’ve missed it. So you just have to hang on to your convictions, and your position, even when worry sets in.