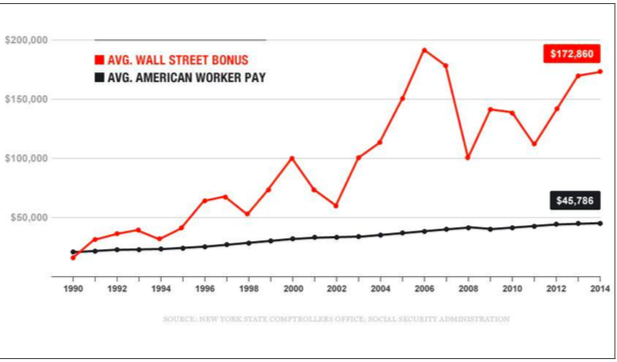 The Broker-Dealer Index (XBD) is where the wonders of financial engineering take place. When the sector is soaring, bonuses have been outstanding. When it is in a distinctive decline bonuses get whacked. Recent chart action is similar to the key rebound and reversal in October 2007 and in February 2001.

Both were followed by serious financial contractions. In December 2007, the establishment boasted that because of the “Dream Team” of economists at the Fed – nothing could go wrong. Eventually, the same establishment described the contraction following the 2007 Bubble as the “worst calamity since the 1930s”.

Needless to say, but Wall Street bonuses going into that Christmas were severely reduced. In 2001 the Bonus Pool plunged by 48 percent and in 2007 it was 49 percent. Porsches and Ferraris were sold, not bought. Through open-ended student loans, students and teachers remained aloof from reality. Staff at the New York Fed grew from 271 in 2005 to 514 in 2013, the latest report. The rally out of the August hit has clocked an outstanding swing in the Daily RSI. Similar to the one in August-October 2007. This covers momentum and this week’s action has registered a Sequential (13) Sell. This is pattern and the index should soon roll over.