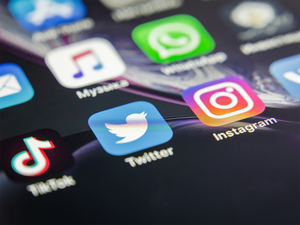 China is preparing a substantial fine for Tencent Holdings (0700.HK) as part of its sweeping antitrust clampdown on the country’s internet giants, but it is likely to be less than the record $2.75 billion penalty imposed on Alibaba earlier this month, two people with direct knowledge of the matter said.

Tencent should expect a penalty of at least 10 billion yuan ($1.54 billion), significant enough for the State Administration of Market Regulation (SAMR) to make an example of it, both people said.

Tencent faces penalties for not properly reporting past acquisitions and investments for antitrust reviews, an offence with a fine capped at 500,000 yuan per case, and for anticompetitive practices in some of its businesses, with music streaming in particular focus, said the sources.

Neither SAMR nor Tencent immediately responded to Reuters’ requests for comment.

“The attitude from the regulator is that unlike Alibaba you are not the biggest target here, but it would be impossible not to penalise Tencent now that the campaign is in action,” said one of the people.

China has in recent months sought to curb the economic and social power of its once loosely regulated internet giants, in a clampdown backed by President Xi Jinping.

Earlier this month, SAMR imposed its record fine on Alibaba after an investigation found the e-commerce firm had abused its dominant market position for several years.