Posted by Rajan Menon via The National Interest.org, 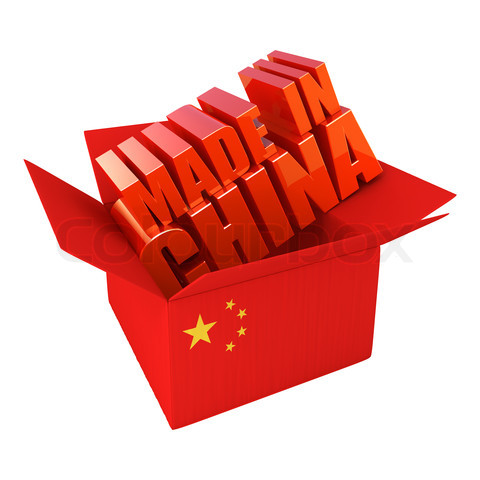 Between 1978, the year Deng Xiaoping’s sweeping economic reforms were launched, and 2011, China’s GDP increased by an average of 10 percent annually, three times that of the global economy. Now the boom times may be over.

By mid-2013, economic growth had slowed to 7.7 percent. That’s still a roaring pace compared to the rest of the world. Europeans, Americans and even Japanese might say about China’s slippage, “We should all have such problems.” Still, in thirty-five years, the Chinese polity hasn’t had to handle a prolonged economic slowdown and one may be in the offing. Hence the debate on what the deceleration could portend should it get worse and linger.

Is China headed for upheaval? The argument that it is seems plausible. Eye-popping growth rates and the accompanying increase in living standards—and of course the state’s massive machinery of repression—have been critical to maintaining political stability and public support for the Communist Party. Or is Beijing so skillful, so flush with foreign-exchange reserves—and hence with the capital needed for priming the economy and managing financial crises—that slower economic growth is no big deal? Don’t look to the experts for enlightenment on which take is true: they see the same data but draw different conclusions.

We’ll get to those incongruous assessments soon, but first, some context on China’s remarkable achievements since 1978. (While some China watchers think Beijing cooks the books, they do concur that the country’s economic transformation has been breathtaking.) China’s GDP, measured in purchasing-power parity using current dollars, was $248 billion in 1980; by 2012 it had soared to $12.3 trillion. Per-capita GDP—a useful measure of prosperity, even though it doesn’t reveal income distribution, the inequality of which has soared in China—has likewise surged, from $205 (at purchasing-power parity) in 1980 to $11,316 in 2011. Together, massive investment, breakneck economic growth, sharp declines in population growth, the advent of universal literacy and big increases in the number of people with a higher education have helped pulled six hundred million Chinese out of poverty.

Other numbers illustrate China’s economic makeover. In 1978 China accounted for about 2 percent of the value of global exports. By 2010 its share had risen to 10 percent, and the total value was $1.5 trillion. This success in the global marketplace was achieved to no small extent at the expense of the world’s other economic behemoths, Japan and the United States, whose shares declined. What makes this particularly noteworthy is that China’s GDP, though it recently surpassed Japan’s, is still smaller America’s, which was $15.7 trillion in 2012. Yet the value of China’s tradelast year was $3.87 trillion, eclipsing America’s total of $3.82 trillion. Even allowing for differences in the two economies’ relative dependence on trade this was headline-grabbing news. And it’s not just the value of what China sells the world but the difference that’s emerged in what it sells. Staples such as apparel, toys, shoes and basic electronics have been replaced by machinery and equipment, which account for over 50 percent of China’s exports, compared to just over 25 percent in 1995. Whether it’s energy, banking or telecommunications, Chinese companies have a global presence and are competing with American, European, South Korean and Japanese multinational corporations.

Okay, so what’s the problem then? It’s on this question that informed opinion is split. Paul Krugman is sure that the decrease in China’s economic-growth rate portends “big trouble” and that the signs are “unmistakable.” He and others pessimists chalk up China’s economic success to a combination of a vast rural population that has been available for induction into the industrial sector; low wages for workers, a function of an abundant supply of labor from the countryside; massive investment at the expense of consumption; and an exchange-rate policy that keeps the value of China’s currency low and its export earnings high.

The old paradigm, effective though it was, is starting to crumble. We’ve seen this before. The Soviet economy started slowing in the 1960s once it became harder—because of falling population-growth rates and the drying of the rural labor reservoir—to rack up big growth rates by pumping more people and money into manufacturing. The big difference is that while total-factor productivity (output per composite unit of labor and capital) didn’t pick up the slack in the USSR, in China it has increased significantly over the past two decades. Still, with Europe mired in recession, America posting anemic economic-growth rates and adding few jobs, and India’s and Brazil’s economies slowing down, it’s going to be harder for China to continue banking on big sales abroad to sustain rapid growth. So a lot hinges on whether Beijing finds a new way to sustain high growth, one that goes beyond basic industrialization and catching up to the West and sets trends in innovation.