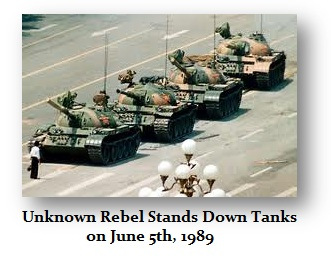 QUESTION:    I’m a reader from China and one of the big fans of you in our country. I want to ask you a question and would be very happy to get your reply. If my memories are correct, you have been a bull of China and praised Chinese leaders for their competence. But in reality, Chinese people are very disapproval of the government, to be more exactly, hate and curse! As you know, aside from problems of severe pollution and food safety,China has a very big housing bubble and the price is well beyond people’s purchasing power. Many young people had to use their parent’s  retirement savings or even borrow the rest from relatives as down payment to buy an apartment so they can get married. On the other hand, most Chinese public servants have many many suites of apartment——to hide their bribery money in many cases. Corruption is widespread in China, everywhere. People are yearning for democracy and election, and not trust one-party politics anymore. Also, many people are expecting a crash of china’s housing market. Sadly enough, they have been expecting for many years but the price just won’t stop rising.

So, what’s your opinion, about china’s politics and housing market? I will be very eager to wait for your answer. Thank you very much. ANSWER: Politicians in the USA like to point their collective finger at China for corruption problems while they sanction a legalized system of corruption that ensured the NY bankers will NEVER be prosecuted. Furthermore, in the USA, politicians receive untold millions legally funneled to them by political action committees. The PACs assure that Congress votes the way that those who provide the money want it to. Why is Goldman Sachs above the law? They bought both parties equally. Rubin took charge of the Treasury under Clinton and did away with Glass-Steagall. Paulson took over the Treasury from him and eliminated Lehman and Bear Stearns, but as soon as Goldman’s was getting shorted he outlawed short selling. Nobody in Congress will even investigate Goldman Sachs because they have their hand out under the pretense it is LEGAL.

China should just LEGALIZE the corruption like it is done in all GOOD upstanding Democracies and it will not be an issue regardless what goes on.