Chart: How Every Commodity Performed in 2016 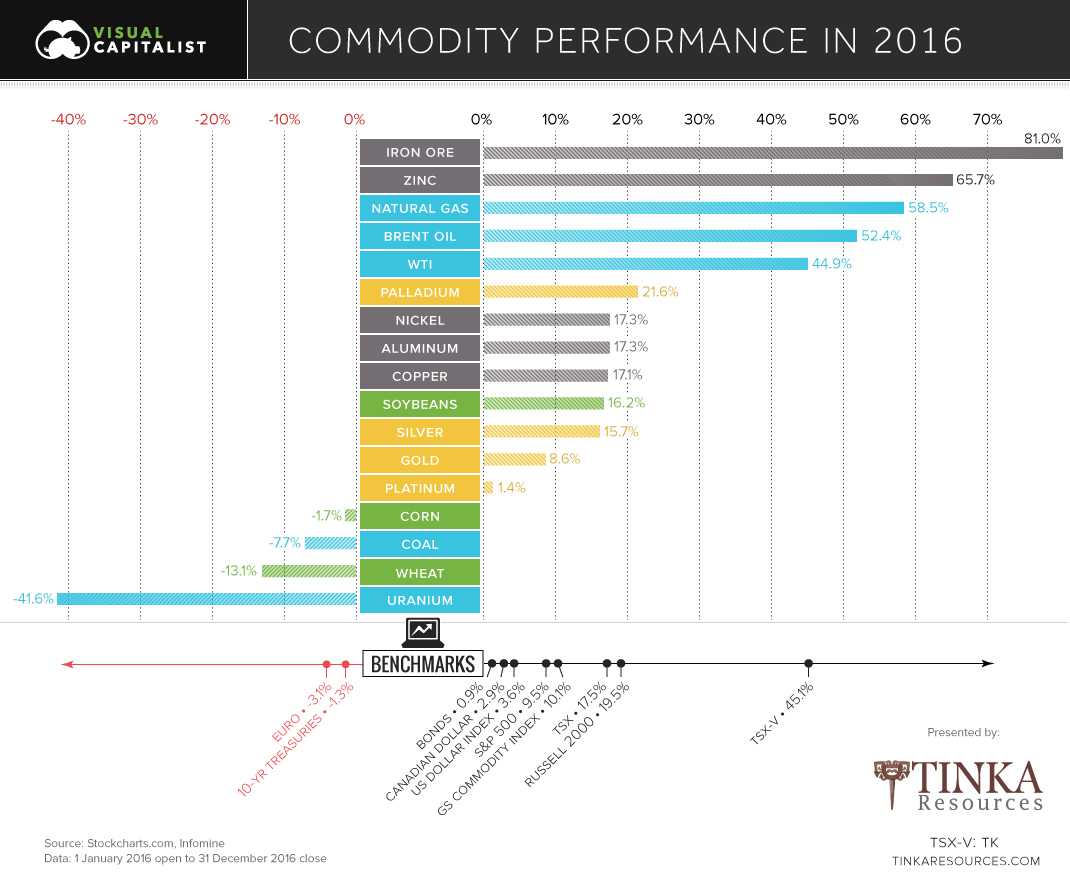 It was an up and down year for commodities, but things ultimately finished in the black.

The biggest winners on the year were base metals and the oil and gas sector.

Here’s how base metals did:

Iron ore and zinc were the best performing commodities on the face of the planet in 2016. Iron finished up 81%, its first calendar gain in four years. Meanwhile, zinc shot up 65.7% on the year as major zinc mines shut down, and supply stockpiles dwindled.

Oil and gas also posted a major comeback in 2016:

It was a volatile year overall, but it appears that the worst of the downturn in energy prices is over.

Not all energy-related commodities could be so lucky.

Coal has also performed abysmally, at least in North America where CAPP prices finished down on the year -7.7%. We previously showed the decline of coal in three charts, and it seems that coal will likely continue to be an unpopular choice for utility companies in the U.S. and Canada.

That said, it is worth mentioning that Australian coal prices went bonkers earlier this year due to a Chinese administrative oversight.