Chang and Eng – The US and Canada 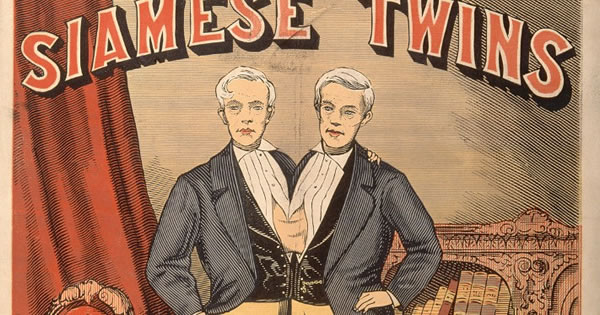 Chang and Eng were the first internationally known “Siamese twins”, as a result of their having been exhibited worldwide. Although each had a complete body, they were joined together at the sternum.

In 1870, Chang suffered a stroke and his health deteriorated over the next four years. In 1874, at age sixty-two, he developed bronchitis and died. His brother Eng realised immediately that his continued attachment to his brother meant that he was next. Although he was separated from his twin in an emergency operation, Eng died hours later. He left the problem too long and paid with his life.

Just as with Siamese twins, it’s a risky proposition for one country to have too much dependency on another. If a visitor to Uruguay were to visit a supermarket and examine the origin of the products by reading labels, he would find that Uruguay produces 90% of the food it consumes. In Cuba, however, we read the labels on packaging and see that the great majority of packaged foods comes from Mexico. This suggests that, should food production diminish in Mexico, or should there be political turmoil or shipping problems, Cuba could face significant problems in feeding its people.

A similar problem exists in Canada. Roughly 70% of Canada’s export product is sold to the US, whilst over 60% of its imports come from the US. Of particular concern is oil. The Canadian oil industry cannot survive without the US, as over 99% of its oil production is shipped there. Unless oil returns to a level over $60/bbl fairly soon (don’t hold your breath), and the US doesn’t stop dithering over the pipeline issue, not only will Canadian jobs and oil sales suffer, but entire companies are likely to fail.

Regarding banking, Canadians take pride in their system and rightfully so, as Canadian banks have been nowhere near as cavalier as American banks in recent history. However, without transfers between the two countries (particularly between New York and Toronto), their banks would quickly find themselves in peril. If the US were to find itself in an economic crisis, as appears likely, Canada’s banks would also be in crisis.

In 2007, the US experienced a collapse in its real estate market. Many Canadians felt that they were in better shape, as they did not experience a similar collapse. Unfortunately, though, the Canadian housing bubble continued to grow. Over the last ten years, inflation-adjusted residential real estate prices in Canada have increased by 49.3%, whilst US and EU numbers have gone down. House buyers in Vancouver, Calgary and Toronto are way overdue for a major fall. All that would be needed would be a rise in interest rates to prick the bubble. (Canadian Real Estate values must decline by 35.1% just to be equal to the US.)

Other sectors of the economy, however, have already taken a hit from the North American recession. Jobs have disappeared and wages have not kept abreast of increasing costs. Households have made up the difference with debt, and have committed themselves to a phenomenal level of borrowing. Indebtedness in relation to income has increased dramatically.

All the above (and other factors too numerous to mention) serve as a reminder that, should the US take a fall economically, its Siamese twin will be in for problems that will mirror those of its brother to the south.

If ever there were a time when the cavalry needs to ride in and save the day, it would be over the next year or two. Unfortunately, the opposite is likely to occur. Canadians have recently opted to elect pinup-boy Justin Trudeau as its Prime Minister, who has already promised to steer Canada further into taxation and debt.

To show he means business, he has sold off virtually all of Canada’s three tonnes of gold reserves.

Those of us who are British are still smarting over UK Prime Minister Gordon Brown’s sale of Britain’s gold at the bottom of the market (just under $300) at the turn of the millennium. Mister Trudeau has likely accomplished a similar feat, if it proves true that gold is now at the bottom of its four-year correction and is poised for its next bull market.

In my own country, I deal regularly with Canadian investors, who often say something to the effect of, “The US is headed off the cliff. I know we’ll feel the heat, but thank God, we’re more conservative and it won’t be too bad for us.”

It’s true that in several ways, Canada hasn’t been as stupid as the US, but (especially with Mister Trudeau now in the driver’s seat), as events unfold in the US, they may well make up for lost time. It’s entirely possible that the new Canadian government will shoot itself in the foot repeatedly until they catch up with the US. However, even at best, when the US pulls the “flush” handle on their economy, Canada will caught in the maelstrom.

In 1874, when Chang and Eng died, people queried, “Why didn’t they have the surgery to separate themselves years previously, when it would have assured the longevity of one if the other died?”

Of course, hindsight is 20/20 and it’s no different for nations. Rarely does any nation take the bitter pill of diversifying, prior to a crisis. Almost invariably the “Eng” nation procrastinates until it’s too late and it follows its brother into crisis and/or collapse.

If the reader finds himself nodding at this observation, he may question whether he, as an individual, is prepared. Today, a quiet exodus of Americans has begun. Increasing numbers are diversifying themselves out of the US; moving their wealth (and often themselves) out of their home country so that they won’t be casualties when the odiferous effluvium hits the fan.

However, fewer Canadians share their concern. We’re seeing less of an exodus from Canada. Do they have reason to feel less threatened? Well, certainly we shall see a collapse in several of the world’s most prominent jurisdictions in future. If we base our projections on the fundamentals alone, we might see a crash in China, one in Japan, the EU, then America. Canada might well come in at the end.

However, the fundamentals certainly indicate that all will be hard hit at one point or another and it’s not always the fundamentals that set the order. In the end, it’s generally a series of black swan events that trigger the inevitable, sometimes resulting in a less logical order.

Black swans are, by definition, unpredictable. It may turn out that oil alone could trigger an early fall for Canada. But our concern here should not be over which jurisdiction hits the skids first. Our concern should be the inevitability of the events.

It should be said that it’s far too late in the game to perform surgery that would assure a healthy Canada, if and when the US takes its dive. It’s not, however, too late for Canadians to create individual diversification of investment. They may still sell off their homes and choose to rent for the next few years (better to lose a little than a lot). They may also move their money out of financial institutions and into precious metals in an offshore depository. And if they wish to own property, they might choose to buy land or built property in a jurisdiction that promises to survive the coming economic debacle better than their home country.

There are certainly means and there may be adequate time to avoid the same outcome as Eng.

The author is not affiliated with, endorsed or sponsored by Sprott Money Ltd. The views and opinions expressed in this material are those of the author or guest speaker, are subject to change and may not necessarily reflect the opinions of Sprott Money Ltd. Sprott Money does not guarantee the accuracy, completeness, timeliness and reliability of the information or any results from its use.