Century of the damned 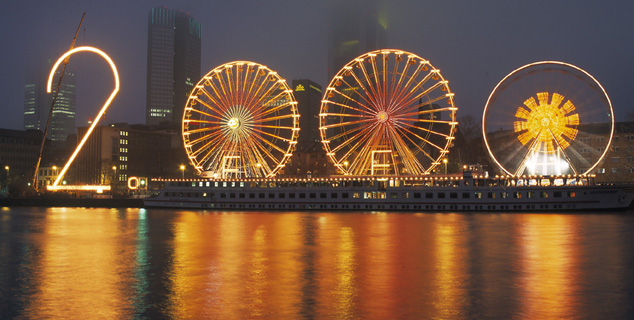 Remember 1999?  What a great time to be alive!  Mankind stood on the threshold of Olympus, ready to join the assembly of gods, rollicking, frolicking and generally misbehaving without regret.

The internet was gaining velocity. It was widely believed that breakthroughs in communications had ‘removed the speed limits’ to economic growth. Information was now readily and easily available to everyone.

Any dope in Peoria could go on the internet and find out how to manufacture a bomb in his basement, or make a cherry pie in his kitchen.

And the genius in Kuala Lumpur or Kabul was now liberated from the low-bred, backward, and benighted people around him; he could see what fun it would be to have a Beverly Hills zip code. And he could reach across the worldwide web and get a chisel and a steel file – to create a ‘killer app’ – and free himself from his miserable circumstances.

The End of History

So many people… in so many places… all yearning for home-delivered pizza and fortunes from day trading stocks – this was supposed to lead to rates of progress never before seen by human eyes.

The evidence could be witnessed in the stock market. Shares of start-ups promising breakthroughs in all areas – from transportation to medicine to home entertainment – were selling at earnings multiples utterly disconnected from the norms that had ruled investing hitherto fore.

What price was too high for a technology that revealed the secrets of the cosmos and unleashed its hidden power?

This model – of democracy and state-aided capitalism – looked like a winner. In 1989, American political scientist Francis Fukuyama wrote his famous “The End of History” essay, arguing that political and economic perfection may have been achieved:

What we may be witnessing is not just the end of the Cold War, or the passing of a particular period of post-war history, but the end of history as such: that is, the end point of mankind’s ideological evolution and the universalization of Western liberal democracy as the final form of human government.

And in 2005, New York Times columnist Thomas Friedman published The World Is Flat. It hallucinated that all the world’s economies competed on the same level ground… according to the same rules and same principles (shown to them by the US, of course).

Amid this giddy euphoria came the crash of the Nasdaq… and bursting of the dot-com bubble.

Central Bankers to the Rescue

“Well, maybe we got carried away by those dot-coms,” was the general response. “But now we have real heroes in the public sector who can save us.”

In February 1999, the “Committee to Save the World” – Alan Greenspan, Robert Rubin and Larry Summers – appeared on the cover of Time. The trio was purportedly saving the world from the Asian financial crisis.

Six years later, President Bush awarded Alan Greenspan America’s highest civilian award, the Presidential Medal of Freedom, for his work in goosing up the economy following the recession of 2001.

And in 2009, Time named Greenspan’s successor, Ben Shalom Bernanke, its “Person of the Year” for taking “extreme measures” to “stop the panic” of 2008.

In the 20th century, a relative handful of inventors, tinkers and scientists – working in relative isolation, often with little funding – had given the world the automobile, radio, atomic power, painless dentistry, the Pill, moving pictures, antibiotics, airplanes, air-conditioning and the Internet.

Now, in the 21st century, millions of scientists, entrepreneurs and engineers – all connected by the Internet – are on the job. They should be able to set the world on fire. Instead, at least so far, it has been a cold shower.

This Century Has Been a Flop

Today, we will focus on the proof: This century, for America at least, has been a flop. Tomorrow and next week we will explain why.

We are 15 years into the 21st century. Can you think of a single innovation that is equal to the automobile or the airplane? Or air-conditioning?

We can’t. All we can think of is Facebook, Twitter, WhatsApp, Snapchat and other frivolities that are more trouble than they are worth.

But the most damning evidence of a failed century comes from the realm we study every day: the economy.

And here, we are much obliged to President Reagan’s former budget adviser and author of The Great Deformation David Stockman for rehearsing the many failures of 21st-century economic policy. (You can follow David at his website: David Stockman’s Contra Corner.)

What, he asks, have “$700 billion in TARP, $800 billion worth of fiscal stimulus, upward of $4 trillion of QE money printing and 165 months out of 1,890 months in which interest rates were cut or were held at rock bottom levels” wrought?

“The number of breadwinner jobs is still 2 million below where it was when Bill Clinton” was in the White House, says David. Jobs in manufacturing, construction and mining/energy are down 21% so far this century.

You’d think that all these scientists and engineers would mean a big increase in productivity and wages.

Since 2007, nonfinancial business productivity growth has fallen to just half the rate experienced between 1953 and 2000.

This is a big part of the reason that real median US household income has fallen from $57,000 in 2000 to $53,000 today. If incomes continue to fall at that rate, the typical American family will have only $25,000 of income by the end of the century.

In the 20th century, more and more people joined the workforce and earned money.

According to Stockman’s site, 56% of Americans aged 16-54 had work in 2000. Since then, Americans have been falling out of the labor force. Today, just 45% of the working-age population is employed.

Part-time work is increasing, however. The part-time economy is where people work an average of 26 hours a week and earn an average of less than $10 an hour (not even $15,000 a year).

The only sectors that have seen net new job creation are in the “HES complex” (health, education and social services) – the parts of the non-military economy most heavily controlled and financed by government.

In all other sectors, more jobs have been lost than gained.

GDP growth, jobs, productivity and incomes – all the things that matter to regular people – have slowed, or fallen, in the 21st century.

So far, the century is a dud. A disappointment. And a barely contained disaster.

Yesterday, we reported that European blue-chip stocks had left the Dow in their dust since the start of the year.

Also, outperforming US stocks this year are the emerging markets.

As you can see from today’s chart, the iShares MSCI Emerging Markets Index ETF (NYSE:EEM) – which tracks prices of 800 stocks in 23 emerging markets – is up 8% this year. Even better, the MSCI Emerging Markets Index continues to trade at a steep discount.

P.S. If you haven’t already claimed your copy of Bill’s latest book, Hormegeddon, don’t delay. Right now, you can get the book and a subscription to Bill’s new monthly publication, The Bill Bonner Letter… as well as special bonus materials… for just $4.95. Read a full review of Hormegeddon and access your special bonuses here.