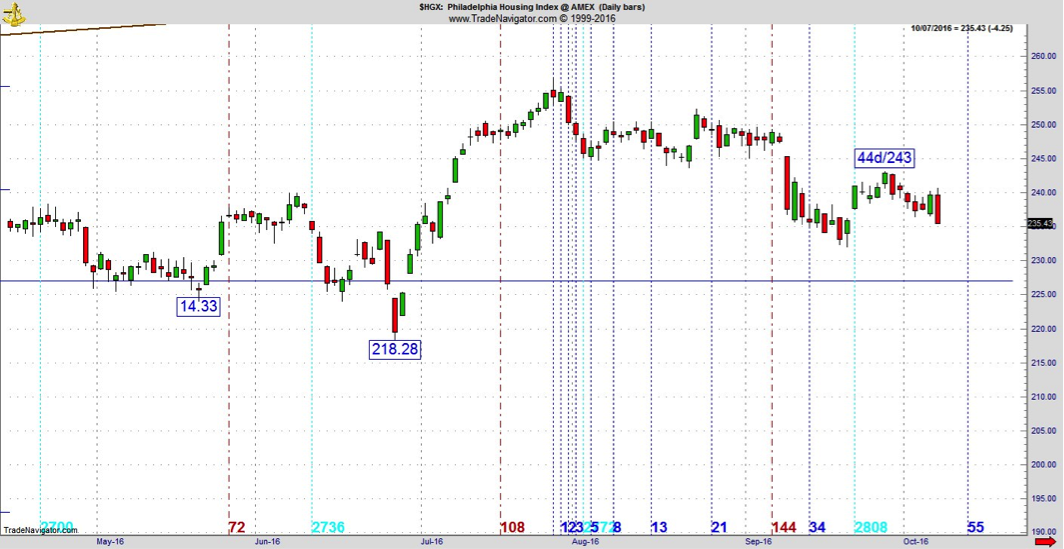 The jobs number came in light at 156,000. This benefits the incumbent party because the number wasn’t good enough to invoke interest rate hike fears. It wasn’t bad enough for the market to tank. But all the other factors are still out there, including Deutsche Bank and now the rhetoric concerning a conflict with Russia is heating up.

So, my view has not changed. The markets are asleep and continue to sleepwalk in complacency and there are still too many possibilities for a black swan now only a month out to the election. I’ve heard different reports at this moment that are not confirmed, but we do know the Russians have instituted a no fly zone in Syria. What I can say is the rhetoric coming from both sides is nothing like I’ve ever seen and I was only two years old for the Cuban missile crisis.

Coming into the week, there is a real shot oil could be peaking right here. Other sectors that could get into trouble are Transports and biotech, which gapped down and extended losses last week. Here’s some interesting symmetry for housing which may finally be losing it. There is a secondary high (second one off top) at 44 days off the top and a matching price at 243. This wouldn’t mean much without Friday’s candle, which was a bearish engulfing to the day before. This one looks like it’s going to be tough to get back and if we lose housing, we are going to lose the market. It’s not a matter of “if,” but “when.” It could be right now as there will never be a better time in the entire calendar year. As you read this on Monday, note the date was right near the 2007 top and also the 2002 bottom. So this specific time of year has a history of important market turns. With everything swirling around, risk remains very high for an acceleration.

Of course, we know a lot of the trouble starts in Europe, especially Germany. The week didn’t end well there. So here’s a look at what could potentially lead down this week. First of all, the DAX turned lower on a 160 hour high to high sequence while the CAC stalled at 169 hours after a 4569 high. To start the week, the bears have an edge even as the initial Monday action in Europe was good for bulls. It might be small, but it still is an edge. But that’s only Europe, we have a divergence working.