Why CDN Houses/Condos are COLD & Apt. Buildings are HOT 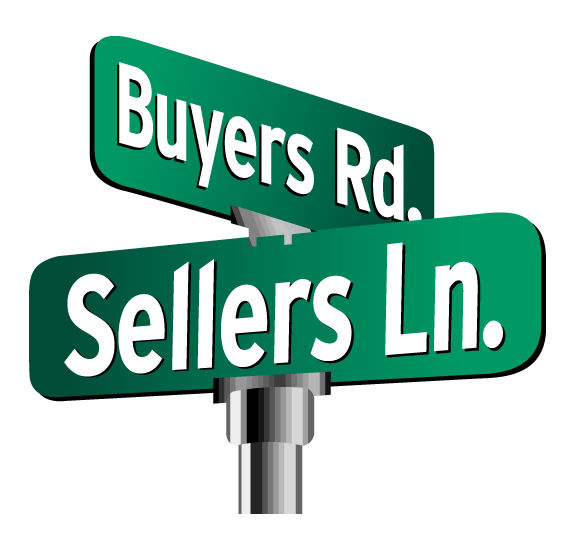 Why houses/condos may fall in value but apartment buildings do not.

There is a common misperception that all real estate classes are created equal. House prices are falling in some cities in Canada, primarily because the rules to get mortgages have changed, such as increased debt-coverage ratios, higher down payments and shorter amortization. This allowed our Finance Minister Hon. Jim Flaherty to tighten consumer debt without raising interest rates! This leads some to believe that those (modestly) falling house prices will also affect other real estate classes, such as apartment buildings. Nothing could be further from the truth.

With the tightening of mortgages for single family units more people chose to rent, or longer; thus lowering vacancies and driving up rents and rental property values – an unintended, but expected consequence. If you look across our portfolio you will see higher rents and lower vacancies across the board compared to 2 or even one year ago. Thank you, Jim Flaherty!

An asset we bought in Dec. 2010 went from $14.65M to close to $20M not even 2 years later. This translates into a price of about 160,000’s per unit, up from the 120’s when we bought it less than two years ago. That’s a great cash-on-cash ROI on the roughly $5M cash invested into this asset that is co-owned by two of our LPs: PRISM A and one still open for investment, Kings Castle LP.

To get a perspective on what is going on, lets use the example of  a typical young married couple in Calgary. They can rent a nice 900 sq ft two bedroom unit with a balcony in one of our three storey walkup buildings for $1200, or so. Or they could spend a bit more, say $1500, and rent a nicer, newer, yet often smaller 850 sq ft two bedroom downtown condo. Alternatively they could buy that brand new condo for perhaps $300,000. Let’s do the math: 5% down: $15,000 – no problem. New mortgage of $285,000 at 2.99% plus CHMC fees = $295,000, amortized over 25 years : $1410/month plus condo fees of 30 cents a foot or $250, property taxes of $140 plus $50 insurance = $1850. So, more expensive per month to own that same condo with $15,000 invested with no guarantee for future upside for a while. Hmmm honey .. let’s rent a while longer. That discussion is happening in tens of thousands of rental apartments across the country, and people stay put longer.  Moreover that doesn’t even allow for folks who move to booming cities like Edmonton, Red Deer or Calgary. So you can see why rents have rocketed upwards lately.

In the run up to the boom, with rising prices, buying new was a no-brainer and people would opt to buy rather than rent due to sizable equity upside. Not such a no-brainer anymore. Construction is slowing too as investors don’t get a decent yield,  especially true in booming Alberta with construction costs also on the rise .

Result: low low vacancies and rising rents. To the point, a few short years into the future, if rents in our assets are up another $250 or so and interest rates remain the same the math will make sense to buy again. Then again if interest rates move higher .. even a slight 1% rise from 3% to 4%, it would increase the monthly mortgage payment by almost $200 to own that condo. So renting could well be en vogue for a while, just like it is where I used to live in Europe where roughly 50% of the population rents [Canada is still only about 35%].

What does this mean for an investor if rents go up $250, roughly a 20% sizable increase over the current rent of $1200?  If rents rise 20% values of the underlying asset go up roughly 20% too. However, lets say you only put  40% down and mortgaged the rest at super low rates of 3%? A 20% upside is a 50% ROI on your cash invested, so this makes investments in rental real estate such a powerful investment even in a flat (or declining) condo/house market!

Further market analysis: Sub 100/door in any major city in AB is usually garbage unless you get lucky. We’re buying an asset in a B area in B condition for high 90’s/door next month in Kings Castle LP with the cash at hand. Little decent inventory around but still far better cash-on-cash return with lower risk than the stock market, and higher than bonds.

CAP rates in Vancouver are around 4%, or lower even. A building that just sold in Kitsilano, for example, sold for 28 times annual rent .. twice what you’d pay in Edmonton .. say 12-14 .. CAP rates in Calgary are around 5%, and in Edmonton 5.5% to sub 6%, similar to Burnaby, New Westminster or N-Vancouver.

Many good condition assets or in good locations are not for sale or below that CAP rate in the 130-150/door in Edmonton, the 165 to 200/door range in Calgary, or 250+ in Greater Vancouver.

I am not too familiar with GTA, Ottawa, Winnipeg or Halifax, but quality assets are there also between 5 and 6% CAP rates, about a percent higher in dubious locations.

We also expect interest rates to continue to stay low for quite some time, as democracies around the world try to shed their debt. As this is tougher than deflating the currency through quantitative easing, i.e. creating more borrowing capacities by their respective central banks, politicians pick the easy route.

Thus, it continues to make sense to borrow money cheaply at 2.5% to 3% and invest it at 4-6% or 50-70% higher! This is what we do, and have become experts at, in rental apartment buildings, in growth markets, in decent locations, impeccably managed, sensibly levered with cheap and widely available money. It’s like owning gold .. with a yield !

Care to join us ?

P.S.: This LP is currently open for investment (in larger amounts only for non-residents via a PrestProp holding company to avoid these annual withholding tax issues) with optional 5% cash-flow and equity growth, with a verified target ROI of around 10%/year.

P.P.S.: I love Europe, which I visited in September, as a vacation destination, but not as an investment environment for stocks, real estate nor debt. Canadian land or apartment building investments make far more sense as we have decent GDP growth, huge natural resources the world wants and needs, immigration, job growth, high quality of living standards, low debt and low deficits, especially in Alberta with a baby boom. With an NDP looming in BC in 2013 and high deficit & high electricity rate Ontario we will not invest in these provinces at the moment and carefully divest or maintain a position at best.

Legal Disclaimer: This email is not a solicitation for investments nor financial or investment advice. Not a guaranteed return. You could lose all money you invest. Investments are sold via offering memorandum only, to eligible investors, via Exempt Market Dealers who are registered to give financial advise.