A year has past since I first wrote about the asset allocation of the global wealthy in an effort to understand current financial trends. The outlook then, like today, presented many uncertainties that continue to challenge our paradigms of how the financial markets function. Whether you are asking yourself what is going to happen because trade tensions have continued or because we are still going through a long rally in the stock market, you are not alone.

After all, one apparent axiom of history is that a recession occurs every ten years, and we have been warned of its imminence as the United States economy recently entered its tenth year of economic recovery. Lending to the doom and gloom, the global billionaire population declined by 7% in 2018 according to Wealth X’s 2019 Billionaire Census. But predicting the economy’s trajectory isn’t always as straightforward as pointing at a cycle and even if a recession is looming, individuals with ultra high net worth aren’t yet crying that the sky is falling.

In Knight Frank’s most recent Wealth Report, 69% of ultra high net worth individuals (UHNWIs) felt the governments and central banks around the world were more prepared for a financial crisis compared to ten years ago.

Talk of a recession is nothing new, and so are concerns on the ongoing trade wars, political landscapes, governments’ changing policies, and increasingly now, climate change. So if it’s all about to go awry, what to do with your capital? Let us take another look at the globe’s ultra high net worth individuals (UHNWIs) to see where they’re allocating their capital.

According to the 2019 Knight Frank Wealth Report, in spite of the economic unrest, existing UHNWIs expect their wealth to increase over the next year. Those polled in the United States expressed the most confidence as 80% expect to be better off financially in the coming year and their confidence seems warranted. In the 2019 Wealth X Billionaire Census, there was a decline for just the second time in a decade in the billionaire population globally but North America was the only region to see growth among its billionaire population. This is on the backs of the United States as Canada and South America saw losses. What many view as President Trump’s isolationist policies may be paying off for American investors now but its sustainability is questionable, especially with a looming election cycle. The crystal ball may be fuzzy but looking back at the past year can shed some light on how the globe’s wealthy are striving to preserve and grow their capital.

Where capital is being placed globally

Private portfolios of wealthy individuals continued to move away from investing in bonds and equities, focusing on cash, investment property and private equity, in that order.

In 2018, 45% more UHNWIs allocated their capital to cash to comprise 17% of their overall portfolio. Trailing not far behind was a 21% change in asset class to owning real estate as an investment. The Wealth X Billionaire Census showed similar findings as cash holdings hit a five-year high, making up more than one-quarter of billionaire portfolios. More and more billionaires also moved away from public holdings and increased their share of private assets.

One of the sectors seeing the most growth (according to the Knight Frank Wealth Report) was the Commercial Real Estate industry in North America. A number of factors contributed to growth in this sector. For one, real estate valuation can increase through asset management. There’s a level of control for investors that doesn’t necessarily translate to other allocations.

Also driving the shift towards commercial real estate were low interest rates, the promise of long-term returns and a strong track record. The office sector led the way in this niche with $302 billion (in US dollars) invested followed by apartments with $202 billion global capital invested.

Multifamily housing also remains strong but there’s a changing tide in real estate investment. The Knight Frank report showed investors intend to increase their exposure to education facilities, student housing and “last mile” logistics property, as well as targeting office investment in key tech and innovation markets. Luxury residential markets continue to come back down to earth and that settling will favour buyers for a change.

Governments have been taking one of two positions in real estate investment: either create legislative barriers for foreign investors or embrace the influx and make foreign investors more inclined to buy-in to their markets. Canada falls into the former group, creating more and more hurdles for foreign investors to purchase Canadian real estate. In spite of or because of these approaches, global real estate investments continue to grow. The Knight Frank report showed 24% of respondents intended to invest in real estate in their home country in the following year whereas 27% shared their intention of investing in another country’s real estate. Taking it a step farther, a record 26% of UHNWIs shared their intentions of emigrating to another country. There are more options for the world’s wealthy to find a haven that has more friendly laws and policies to protect their nest eggs.

The overall globalisation of investment has fared well for North America in particular as the United States continues to be a global leader in commercial real estate as well as being a big draw for residential property. These highly competitive sectors have led investors to seek secondary or suburban markets. Investors are now being forced to branch out from gateway cities to even less established markets that show markings of growth potential.

Where to go from here?

As the global uncertainty rises amidst government reform, trade wars and stock volatility among other factors, UHNWIs are shifting towards a play-it-safe model. In the Knight Frank attitudes survey, 42% of respondents indicated they were more risk averse over the past 12 months. That cautious approach may bode well for all levels of investors. The 2019 Capgemini Wealth Report findings showed that the high net worth individuals making $1-5 million a year were much more conservative with their investments compared to their wealthier counterparts. That conservative approach shielded them from the volatility of the market and they experienced much less loss (<.5%) than the upper tiers of wealthy individuals.

So if the proverbial storm is coming, there’s still time to batten down the hatches by looking to historically more protected investment options. Don’t abandon ship just yet.

Sign up for Hawkeye’s newsletter for market updates, upcoming events and private offerings by clicking here.

The Multifamily Market Is Thriving In Canada

Our friends over at Hawkeye Wealth brought this one to our attention. Some interesting insights on the tremendous rate of return on multi-family real estate investments. -ed.

Finding an apartment in Toronto has been notoriously tough. On the flip side, owning one of those apartment buildings is akin to hitting the jackpot. Commercial Real Estate Services Canada (CBRE) just released their Canadian Multifamily Mid-Year Update report and it’s a market segment in real estate that is flourishing. Multifamily properties include mid-to-high rise buildings, condos, student housing, senior apartments and mixed-use buildings.

Marked by low vacancies nation-wide and rental rates at 10-year highs, the multifamily segment shows no sign of slowing down. Rental prices for purpose-built rentals have actually grown by 4.4 per cent annually across the country and by 5 per cent in Toronto. Vancouver’s rental prices beat out…click here to read full article.

XPEL Inc was one of our Keystone Financial World Outlook Conference Portfolio recommendations – it is now up 68% in 6 months. Since its inception 10 years ago our Small Cap Portfolio has realized double digit gains annually. Don’t miss this year’s conference February 7th-9th.

Technically Speaking: 5 Reasons To Be Bullish (or Not) On Stocks

Over the last few weeks, we had discussed the excessive deviation to the market above the 200-dma, which suggested that a reversal of that extension was probable. The question now is whether Tom’s view is correct?

Are the markets set up for “monster second-half rally,” or is this just the continuation of the topping process that began last year.

While these are certainly reasons to be “hopeful” that stocks will continue to rise into the future, “hope”has rarely been a fruitful investment strategy longer term. Therefore, let’s analyze each of the arguments from both perspectives to eliminate “confirmation bias.”

No matter where you look as of late, economic growth has been pretty dismal. However, there is always hope for improvement that could support a recovery in asset prices….CLICK for complete article

There is no better time than the calm days of August to reflect on the future, and your financial plans are an important part of that future. As a special service for MoneyTalks listeners Andrew and the team at Integrated Wealth Management has created an easy to use online Financial Health Assessment that can be completed in 10 minutes. You’ll receive an automated report that includes:

CLICK HERE to start this free and confidential tool. ~ Ed

Our friends over at Hawkeye Wealth brought this one to our attention. Some interesting insights on where the money is flowing in the real estate market. -ed.

Home prices have been in a sharp retreat in Metro Vancouver, Canada’s second largest investment market, ever since the British Columbia government introduced a foreign buyer tax in mid-2016. The concern for some is that commercial property prices will be pulled down by the residential sector. Recent price history suggests that won’t necessarily be the case, however.

When I visited Vancouver earlier this year, market participants seemed to be waiting for the next shoe to drop. With single-family homes and commercial properties competing for land, the thinking is that the decline in residential prices will bring down land values, and in turn bring down commercial property prices to the same degree as residential assets.

Historically, these price series had moved together. From 2005 to 2014 each exhibited a six per cent compound annual growth rate (CAGR) with only a few bumps and differences between the series over time….CLICK for complete article

For more from Hawkeye, head to their twitter “@hawkeye_wealth”. 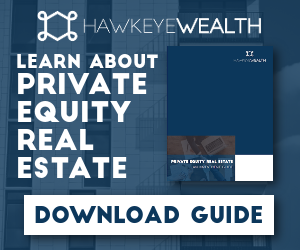