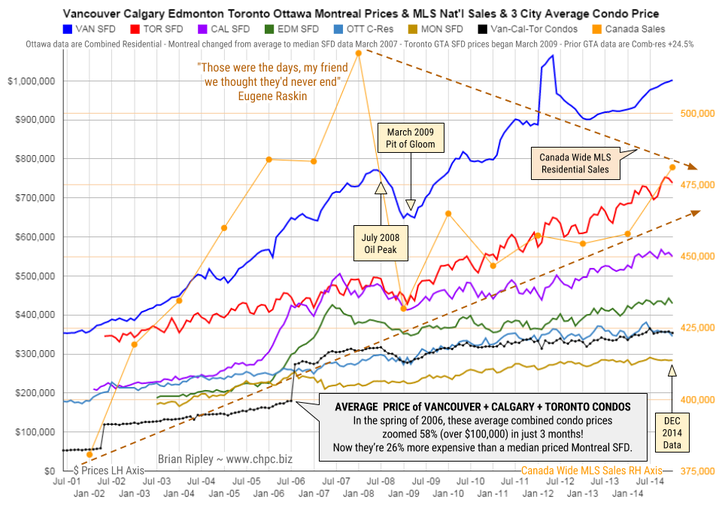 The chart above shows the average detached housing prices in December for Vancouver, Calgary, Edmonton, Toronto, Ottawa* and Montréal* as well as the average of Vancouver, Calgary and Toronto condo (apartment) prices (Left Axis). On the right axis is the MLS Annual Total Residential Sales across Canada; the most recent data point being a projection to year end.

In December 2014 the big city metros took a break under their respective highs in a year that saw the total MLS sales across Canada hit the biggest single sales year since the 2008 plunge into the March 2009 pit of gloom.

2014 has been a banner year for commissioned sales.

Or is the continuing commodity crash signalling an upcoming major correction for Canadian housing?