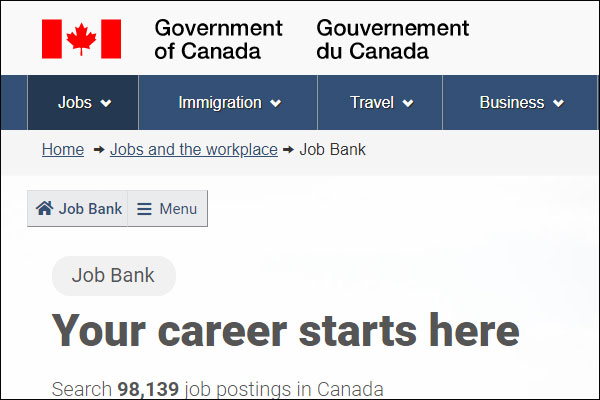 Canada prides itself on being an ideal environment for entrepreneurs but stats disagree. Statistics Canada (Stat Can) employment data shows self-employment is shrinking. These individuals now represent the smallest share of employment since the early 1980s. At the same time, the public sector has been hiring roughly two people per self-employed job lost. Employment might be recovering but it’s a totally different labor market.

Canadian entrepreneurship has taken a hit and not just because of the recession. The number of Canadians that identify as self-employed fell to 2.92 million in October, down 3.8% from last year. It’s now 12.1% lower than the peak reached in September 2019. The public health restrictions definitely accelerated this trend but it started before 2020. The environment was weakening before the recession, meaning bigger issues are present.

Self-employed Canadians have shrunk to their smallest share of employment since the 1980s. They represent 15.7% of total employment, down from 17.2% a year ago. The share hasn’t been this small since June 1982. That was also right around the last inflation crisis Canada faced.

Public Sector Employment Hits The Largest Share Of Employment Since 1992

Canada has been leaning on public employees to help pad its employment numbers. There were 4.15 million public sector employees in October, up 5.7% from last year. Annual growth advanced a point faster than general employment. This helped the sector to hit a new record high.

Public sector employment has captured its largest share of employment in three decades. It now makes up 21.8% of all people employed in the country as of October, the highest share since 1992. Canada’s public sector essentially hired two people for every self-employed person lost…read more.

The share of self-employed and public sector employees, as a percentage of total employment in Canada. 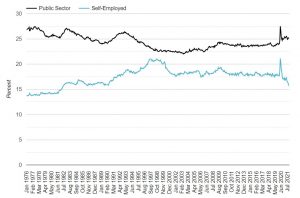