Canadian dollar to weaken as policy path diverges with US 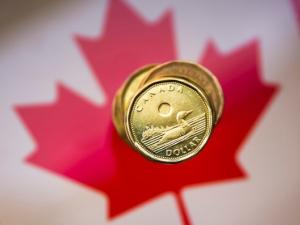 The Canadian dollar will weaken over the coming months, pressured by an uncertain economic outlook and the prospect of higher interest rates in the United States even as the Bank of Canada stays on the sidelines, a Reuters poll showed.

While the loonie may gain a little in the short term on expectations of stronger first-quarter economic growth in Canada, the survey of close to 50 foreign exchange strategists showed it will weaken to C$1.35 per U.S. dollar in three months and close the year at the same level.

It is already 3 % lower than at this time last year.

Even as the U.S. Federal Reserve raised rates in March – its second hike in three months – and plans to hike twice more this year, the Canadian central bank is not expected to boost rates until 2018. It cut them twice in 2015.

“Some people have started … thinking that perhaps with the Federal Reserve now appearing a bit more fully committed to raising interest rates, that may mean something for Canada in the near- to medium-term … which I think is way too premature.”

Even though respondents expected the loonie to rise marginally in one month to C$1.34 from Wednesday’s close of C$1.3434, the forecast range remained wide, running from C$1.28 to C$1.39.

“We are possibly looking at the early stages of a renewed sell-off in the Canadian dollar in the next few weeks,” Osborne said. “There is just a lot of uncertainty here at the moment that rather suggests to me, anyway, that some of the strength we have seen in the Canadian data over the past few weeks is probably not sustainable.” Data from the Commodity Futures Trading Commission and Reuters calculations showed that speculators have increased bearish bets on the Canadian dollar to the most since March 2016.

Wells Fargo, the top forecaster in Reuters FX polls in 2016, expects the currency to weaken 5 % over the coming year to C$1.41.

Caution ahead
Despite a recent run of strong domestic data, Bank of Canada Governor Stephen Poloz has maintained a cautious stance on monetary policy, saying a premature rate hike could cause a recession in Canada as the economy has not yet fully recovered from the shock of weak oil prices.

The price of oil, one of Canada’s key exports, at around $55 a barrel, is still down over 50 % from its mid-2014 high. Commodity analysts polled by Reuters are still unsure if output curbs by OPEC members will be enough to offset the increase in U.S. production.

That does not support Canada’s highly indebted households that on an average owed C$1.67 for every dollar of disposable income in the fourth quarter, much of it because of cheap mortgage borrowing to chase ever-rising house prices.

The property market has turned into a key vulnerability for Canada’s financial system, posing a challenge to policymakers who can neither lower rates to stoke growth nor raise them to discourage further borrowing.

Another threat is rising anti-trade sentiment in the United States under President Donald Trump that has put the outlook for Canadian exports and the loonie under closer scrutiny.

Exports tumbled by the most in nearly a year in February, sending the loonie to a nearly three-week low of C$1.3455 on Tuesday, suggesting the monetary policy gap between the U.S. and Canada is unlikely to be plugged anytime soon.

“The policy divergence story will be in play until the end of this year. We don’t expect the Bank of Canada will raise rates until the first half of next year now,” said Royce Mendes, director and senior economist at CIBC Capital Markets in Toronto.

“We still see that there has been little evidence of a sustainable acceleration in underlying export growth or investment spending, and that’s a key component of the recovery we need to see for the Bank of Canada to really be comfortable with tightening policy.”

Oil prices edge up after dent from US inventories