Canada’s Heavy Immigration Is The Last Pillar Preventing A Recession 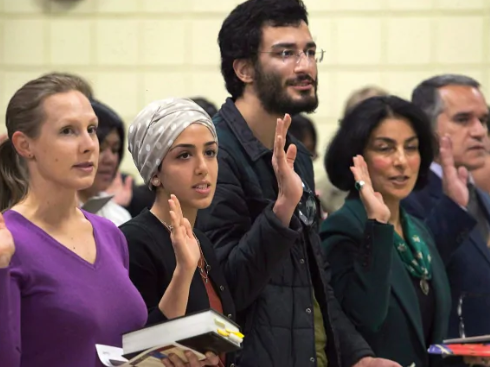 Canada’s booming population growth is the only thing separating the country from a recession. There’s been a lot of talk about Canada’s massive growth in gross domestic product (GDP). There’s also been a lot of talk about Canada’s population boom, driven largely by immigration. However, few people seem to be discussing what the combination of the two means. When looking at GDP per capita (i.e. in the context of population), growth is falling at a rapid pace. In fact, lower growth has only typically been observed around recessions.

The term is simple enough to figure out, but the reason it’s more important than a straight GDP read is less obvious. Gross domestic product (GDP) is a measure of a country’s aggregate economic output. That is, a measure of the total value of goods and services created/provided in a country. GDP per capita is the value of those goods and services, divided by the number of people. By just dividing GDP by the population, you get a much better view of the numbers.

A country may have large economic growth, but it doesn’t mean a whole lot if the population is growing faster. By itself, GDP is the world leader equivalent of a d*ck measuring contest. The primary benefit is being able to compare your economy to another. If GDP per capita is falling though, it means your population may be suffering from an eroded standard of living. Now what do you care more about? That your economy is bigger than a country you’ve never been to? Or whether you and your neighbour are seeing the benefits of economic growth?…CLICK for complete article