Can We Do Better Than Perfection? 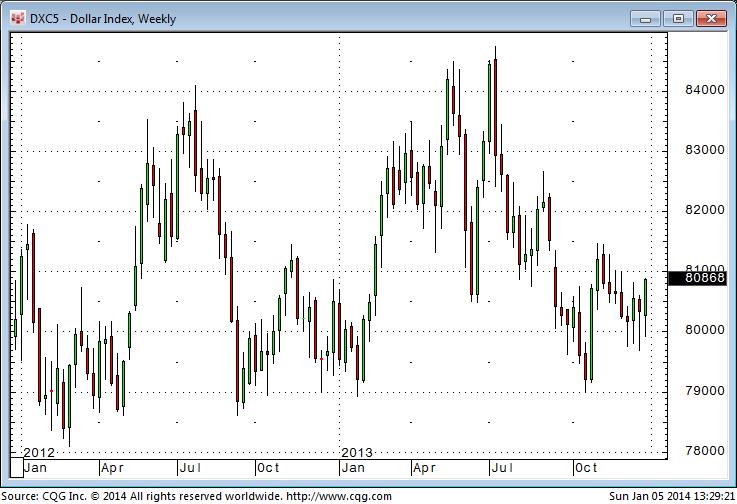 The stock market is currently “priced for perfection” and will have a nasty correction if anything “goes wrong”…and there are plenty of things that could “go wrong.” For instance, the stock market has been so enthusiastically bullish that it seems to have forgotten all about “Geo-Political Risk”…which would make a blow-up somewhere all the more shocking…and then there’s credit and currency market risk to worry about…I’m not short the  stock market…it’s a raging bull market…but conditions are ripe for a sharp break and I’m watching for the opportunity to get short…actually, I’m not just looking for the stock market to break…I’m looking for “Leverage” to get hit…let me explain what I mean.

When I say that “conditions are ripe for a sharp break” I’m looking at the market in terms of Market Psychology…remember this, markets go up and down, in different time frames, as Market Psychology changes. Five years of extremely simulative global monetary policies have produced 5 years of rising share prices (yes, there is a direct correlation!)…and Market Psychology has become very bullish.

When Market Psychology turns bearish leverage is reduced…voluntarily or otherwise…and that reduction exacerbates the market’s fall.

The degree of bullish or bearish Market Psychology could be measured by the use of leverage…and the use of leverage, in so many different forms, has been increasing. For instance, share prices are rising because P/E ratios are rising…people are willing to pay more for a dollar of earnings. Margin debt, the amount of money people borrow to buy stocks, is at an All Time High.

So here we are…after five years of rising prices…at All Time Highs…priced for perfection…and clearly not prepared for anything to go wrong. While it’s impossible to predict “when” a “Black Swan” or “Third Derivative” event will hit the market it is possible to make some guesses as to “where” the nasty surprise might originate:

The Federal Reserve has begun to reduce their stimulative monetary policies…this is the beginning of credit tightening…(They do “Ring A Bell – Don’t Fight the Fed”) and the effects of this action will ripple around the world…perhaps inducing something to “go wrong.” For instance, Mark Carney, former Governor of the Bank of Canada and now head of the Bank of England sees the Shadow Banking Systems in emerging markets as a key source of market risk. Shadow banking systems provide credit when traditional sources won’t…and are very vulnerable to changes in credit conditions. For instance, credit growth in China has expanded at a ferocious rate since 2009…from $9  Trillion to $24 Trillion…more than the combined credit growth of both the USA and Japan…the Chinese authorities are now trying to reign in credit growth…and Shadow Banking practices have surged in China.

It seems we’ve nearly forgotten about geo-political risk…which would make a blow-up somewhere all the more shocking…tensions are ramping up between China and Japan…Turkey’s political problems could take a turn for the worse…then there’s Egypt, Syria…Israel/Iran, the Olympics in Russia…

Last week Korea “went public” with their frustration over the Japanese “weak Yen” policy and threatened direct market intervention to keep their currency from rising against the Yen. Clearly the Japanese expected the Yen to fall as a result of their simulative practices…they hoped that a weaker Yen would allow them to export more…but Korea (and many other countries) see the “weak Yen” policy as unfair competition.  I expect escalating “currency wars” in 2014 (and other “beggar thy neighbor” protectionist policies) which could trigger a hit to over-leveraged markets.

What am I doing in the markets right now…what trades am I anticipating?

I’m not long stocks, but I’m not short either…as much as I think a nasty correction is over-due I respect the momentum of the bull run…but I’m watching closely for signs of weakness and I will get short stocks if I see a confirmation that the bull run is breaking. I see the weak Yen and the strong stock market as two sides of the same coin. If stocks start to break I’d expect the Yen to rally. The Yen has fallen much more against the Euro than against the US Dollar over the past year…if Market Psychology turns negative then the Yen could have a huge rally against the Euro. As much as I think interest rates are headed higher in 2014 I’d look for bonds to rally if stocks break. I’m currently long the US Dollar Index. The US Dollar Index:  I caught a good rally in the USD from late October into early November…exited the trade when the market struggled at 8150…I`ve been looking for a good spot to re-establish the trade…bought the Dollar and got stopped out a couple of times…bought it again last week…so far so good. A rally above 8100 would increase my comfort level…I’d look to add to my position if the market can clear 8150. In terms of keeping the time frame of my trading in sync with the time frame of my analysis, I’m looking for the USD to rally for the next few years. The S+P 500 stock Index: As noted above this market is “priced for perfection.” I’m not short…I have to respect the momentum of a powerful bull market…but…Market Psychology is very bullish…leaving this market ripe for a correction. So, in terms of my RAWCTER method (Research the market…Anticipate either a trend continuation or a reversal…Wait for a Confirmation…that the Time has come…to Enter the market…with Risk Management parameters) I’m “Anticipating” a trend reversal but I’m in “Wait for Confirmation” mode. The Japanese Yen (in terms of the US Dollar): The Yen began a steep decline in late 2012 when Market Psychology anticipated that Abe would win the election and begin to implement his policies to end two decades of deflation in Japan…one of his “three arrows” was to have the BOJ ramp up the Yen money supply…this tidal wave of liquidity didn’t stay in Japan but went international…helping to drive world stock markets higher. The falling Japanese Yen and rising global stock markets have been two sides of the same coin…if stocks start to fall I look for the Yen to rally…remember May/June 2013…(circled area below) hedge funds had been short the Yen and long Japanese stocks…the trade was a “lay-up” and they had it on in size…as the Yen went into a counter-trend rally stock markets (particularly Japanese stocks) tumbled. If the Yen reverses from current levels I’d expect a bigger rally than last May/June. The Japanese Yen (in terms of the Euro currency): While the US Dollar has rallied ~34% against the Yen since October 2012 the Euro has rallied ~45%…if the Yen begins to rally (spurred by a leverage reversal) then I’d look for EURJPY to fall harder than USDJPY. Comex Gold: At last week’s lows gold was down nearly $750 (39%) from its Sept 2011 All Time Highs of $1920…the year 2013 was the first year since 2000 that gold closed lower on the year. Gold has truly been “out of favor” the last two years while stocks have been very much “in favor”…in terms of the S+P 500 gold has fallen nearly 60% since Sept 2011…if “Leverage” takes a hit gold could break to new lows…but…could gain in terms of stocks. My “most likely” scenario for 2014 would see gold make new lows but close higher on the year…without making a new All Time High…that will come later. The Canadian Dollar: Over the past few years I’ve switched about 1/3rd of my net worth from CAD to USD at an average rate of around par…as a currency diversification move…I don’t want to have 100% of my net worth in any one currency. I was lucky enough to be in the right place at the right time when CAD rallied from around 60 cents to above par on the back of the 10 year commodity bull market. One of the best currency trades I made in 2013 was my son Drew’s idea…we sold AUD against the CAD as the AUD fell harder than the CAD as commodity markets weakened (and as the Governor of the RBA “talked down” the AUD.) The US 10 Year Bond: US long term interest rates hit lifetime lows as bond price peaked in 2012. In May of 2013 I listened to David Rosenberg tell attendees at John Mauldin’s Carlsbad Conference that he had ended his 25 year love affair with the bond market. (Another one of my favorite analysts, Gary Shilling, spoke at the same conference and he remains bullish bonds.) Market Psychology is currently very bearish bonds. If “Leverage” takes a hit and stocks tumble then the bond market will rally.