Can Rates Rise in Deflation? 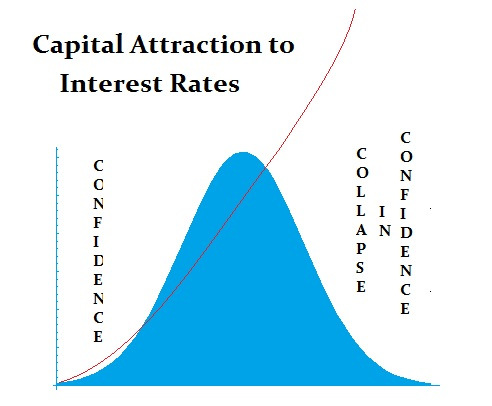 Yes. It is strangely a bell curve. Hyperinflation takes place in new governments because they have nothing and can only print. In a mature government, interest rates can rise (1) booming economy with rising demand, or (2) a collapsing economy where nobody is willing to but their paper so they are forced to pay higher rates due to the collapse in confidence. The former is normally aligned with a rising currency whereas the latter is associated with a collapsing currency. Every fundamental has two sides depending upon the capital flows.

This illustration shows it is really a bell curve. At some point rates take off as the economy turns down because confidence collapses.