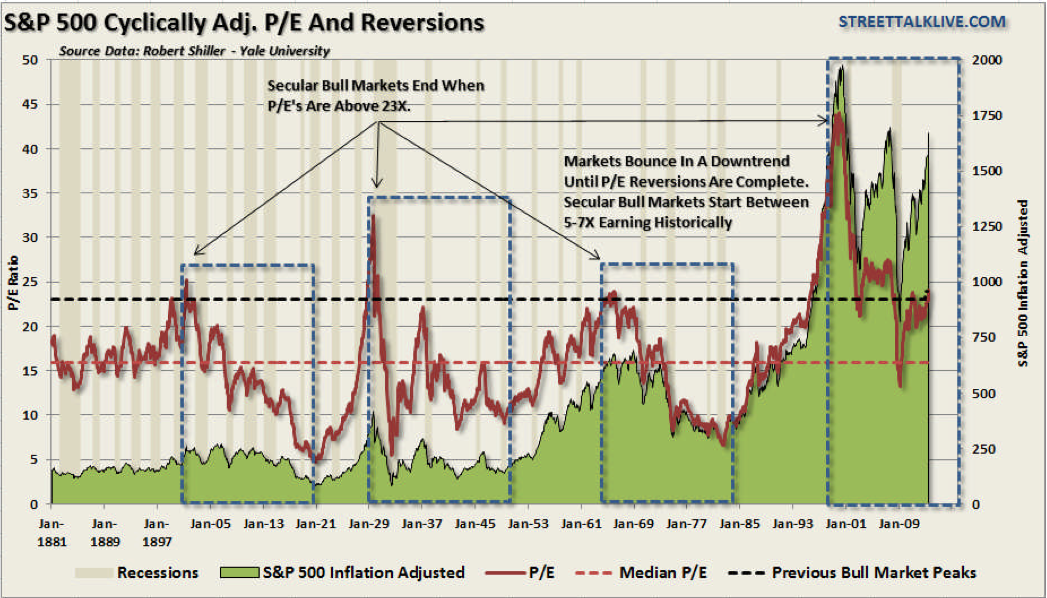 These were all things that I either read, or heard, in just the past week. I even read an article as to why that “This time is different – really!”

Here is an interesting statistic to think about for a moment.

Think about that for a moment.

Over the last 113 years of stock market history we are now witnessing the longest rise – ever. Every single time in history, when the markets have gone on extended runs, they have NEVER, not once, lasted as long as the current artificially fueled advance. What do you think is likely to happen next?

There is no doubt that the current advance is quite amazing. However, it is not unstoppable. It will stop. It will correct. Of course, when it does, these same “book talking jacklegs” that made the statements above will have a litany of excuses has to why such a correction was unexpected. Of course, those excuses won’t replace your lost capital.

Take a look at the first chart below. First, notice the recent run-up in the market at the far right of the chart. This price action is very abnormal; it is called a parabolic spike, but is similar to what was witnessed at the peak of every previous bull market advance.

Secondly, one the primary “bullish” arguments has been valuations. The argument is that stocks are “fairly valued” because valuations reverted to their long term average during the financial crisis.

Take a look at the chart below. Never in history have valuations ONLY returned their long term average before setting off into the next secular bull market rise.