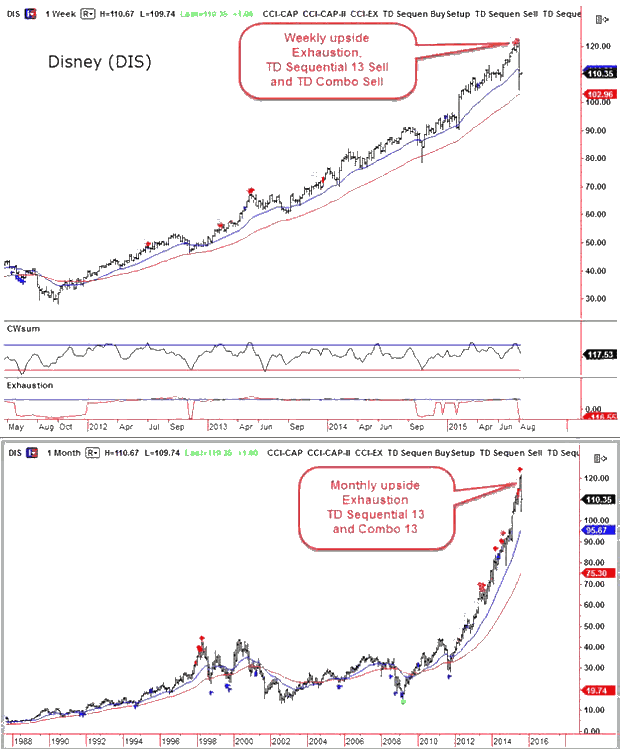 We should review the items that kept us positive on the senior indexes. Actually, they are bull-market-ending events that have a lag. We’ve called them “Friends of the bull market”, which have had a brief shelf life. Both peaked in April. One was the long uptrend in the Advance/Decline line and the other was the peak in NYSE margin debt. The high in the senior indexes would be expected a few months later. Late August to early September has been our target.

This time window is supported by Shanghai’s massive blow-out accomplished in June. Historically that suggested a NY high in early September.

Doesn’t matter to much as the positive time window will come and fail. Our advice has been to sell the rallies.

The line about canaries dropping like flies is a good one. At the peak of previous bull markets we have crafted some lines:

“Every bull market carries its own china shop.”

“Every bull market climbs a wall of worry and in a rush of confidence leaps over, only to find Murphy waiting.”

Conditions were very stoic in the first part of 2009. Now, a contractor in LA is building a spec house hoping to sell it for $500 million. The master bedroom is 5,000 square feet.

Our July 23rd edition noted that “the plunge in gold and gold stocks was generating Daily Downside Capitulations”. This was updated in the July 27th ChartWorks and the advice was that a brief trade was possible.

Of interest is that silver has reached its 50-Day ma. If it can’t get through and hold it it would be concerning. The concern is that credit markets have taken a turn for the worse. Under such conditions silver usually underperforms gold.

The gold/silver ratio has declined from 77 in early July to 72 and is behind the actual widening of credit spreads. It should soon turn up.

Our focus is that as general liquidity diminishes, the investment demand for gold’s unique liquidity will increase. The price in US dollars could remain steady.

In the meantime, gold’s price relative to commodities has been rising since May and as it extends it will eventually be constructive for the sector.

The last slump drove the Weekly RSI on HUI down to 21 a couple of weeks ago, which was enough to pop the rally.

However, most gold and silver stocks will be vulnerable to extended declines in the general stock markets.