Buffett’s annual letter: What You Can Learn From My Real Estate Investments 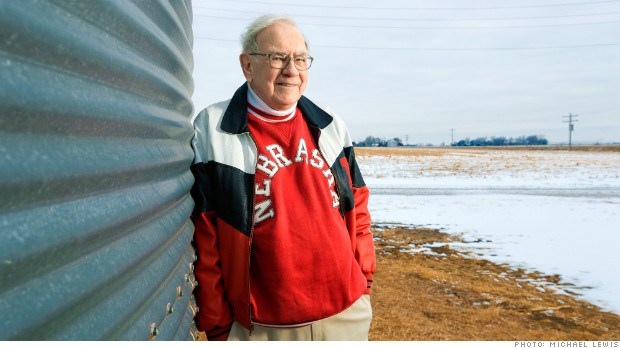 In an exclusive excerpt from his upcoming shareholder letter, Warren Buffett looks back at a pair of real estate purchases and the lessons they offer for equity investors.

“Investment is most intelligent when it is most businesslike.” –Benjamin Graham, The Intelligent Investor

It is fitting to have a Ben Graham quote open this essay because I owe so much of what I know about investing to him. I will talk more about Ben a bit later, and I will even sooner talk about common stocks. But let me first tell you about two small nonstock investments that I made long ago. Though neither changed my net worth by much, they are instructive.

This tale begins in Nebraska. From 1973 to 1981, the Midwest experienced an explosion in farm prices, caused by a widespread belief that runaway inflation was coming and fueled by the lending policies of small rural banks. Then the bubble burst, bringing price declines of 50% or more that devastated both leveraged farmers and their lenders. Five times as many Iowa and Nebraska banks failed in that bubble’s aftermath as in our recent Great Recession.

In 1986, I purchased a 400-acre farm, located 50 miles north of Omaha, from the FDIC. It cost me $280,000, considerably less than what a failed bank had lent against the farm a few years earlier. I knew nothing about operating a farm. But I have a son who loves farming, and I learned from him both how many bushels of corn and soybeans the farm would produce and what the operating expenses would be. From these estimates, I calculated the normalized return from the farm to then be about 10%. I also thought it was likely that productivity would improve over time and that crop prices would move higher as well. Both expectations proved out.