Buckle Up Canada: Real Estate Setting Up For Crash Comparable to ’08 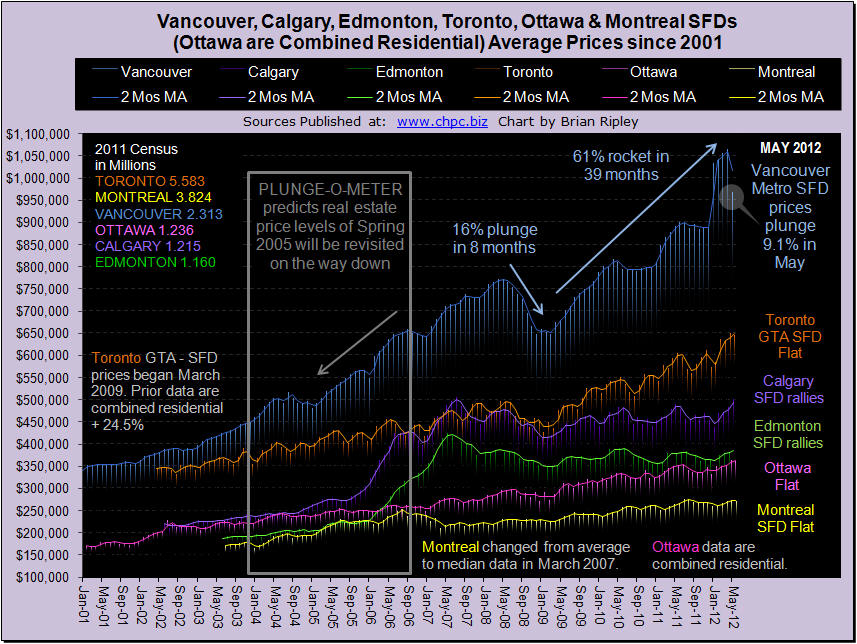 In May 2012 urban flippers met up with some price resistance despite energetic sales (Scorecard). Toronto and Ottawa prices stopped advancing, Vancouver prices fell off a cliff while in Alberta the animal spirits pressed on with Calgary prices bumping up against their top set way back in July 2007 (Plunge-O-Meter). The 10yr less the 2yr spread continues to narrow (36th month since May 2009). The last time this happened, the 10yr less the 2yr spread narrowed from Spring 2004 to Summer 2007 (similar duration as now) which set up the 2007-2009 crash. It’s an interesting comparison, buckle up.