Buckle Up! – Is The Great Big Western Housing Crash Foreshadowing….. 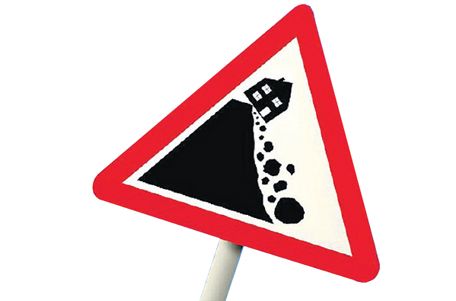 Ed Note: How long can Canada, Vancouver in particular, cruise along as the only Western City/Country cruising along untouched by housing contraction/crash. After a huge bubble caused by inane fiscal policies and the oceans of cheap money, the Netherlands are experiencing a great big housing bust (look at some of the percentages below).

It is surprising that there has been very little coverage of this crash in the media, then again most big media are fans of the policies poured in that got the 5th largest economy in the eurozone into this great big mess. There are some good clips & full article links below though, discovered by Mike Shedlock. There is one from Canada Oct 4th/2012: Canada may dodge housing hard landing, Flaherty says

The slump in the Dutch housing market deepened in July as prices posted the steepest drop on record, highlighting the challenges facing the Netherlands ahead of next month’s general elections.
With prices now plumbing levels last seen in 2004, the downturn is weighing heavily on household consumption and has raised concern about the country’s huge mortgage debt pile, among the largest in Europe

House prices fell 8% from a year earlier, statistics bureau CBS said Tuesday, the largest decline in the 17-year history of the agency’s house-price index. Prices fell 4.4% in June and 5.5% in May.

House prices in the Netherlands, the fifth-biggest economy in the euro area, dropped in July by the most since the index started in 1995.

Prices declined 8 percent from the same month a year earlier, after falling 4.4 percent in June, national statistics agency CBS in The Hague said on its website today. Values have fallen 15 percent from a peak in 2008 and are back to about the same level as eight years ago, CBS said. Prices had already dropped 5.5 percent in May from a year earlier.

The Dutch Central Bank forecast in March that house prices will continue to drop through 2014 because of stricter mortgage lending rules and a reduction of a homeowner tax break that spurred the lending boom. Values may fall another 5 percent next year, ING Groep NV economists said in a note Aug. 9.

Note that French unemployment topped 3 million in August for the first time since 1999. France is now in a 16-month employment slide.

Government forecast for France is GDP +1.2%. I already believe that estimate to be way over-optimistic. Should a major housing bust pick up steam, a decline of 1.2% will start to look rosy.

For more on France, please see …

Mike “Mish” Shedlock is a registered investment advisor representative for SitkaPacific Capital Management. Sitka Pacific is an asset management firm whose goal is strong performance and low volatility, regardless of market direction. Visithttp://www.sitkapacific.com/account_management.html to learn more about wealth management and capital preservation strategies of Sitka Pacific.