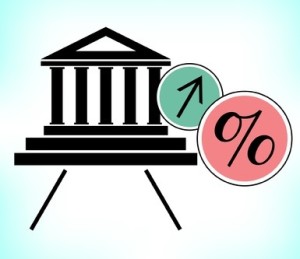 Bob Hoye believes after  the message we can take from the Federal Reserve keeping U.S. interest rates unchanged last Wednesday is that “the Fed is finally being seen as ineffective”. “So anyone sitting there thinking the Fed knows what is going on, thats improbable. That they can make an effective policy thats also improbable.”

Bob has looked back in history to the 1870’s and found that in all the great financial manias Central banks have not been connected to reality. The main issue is that the public chooses what to speculate in. Two examples:
1. No matter how hard the Fed pushed hoping to get an expansion in GDP in the 1970’s the money showed up instead in the consumer price index, wages, big speculation in commodities especially later on when gold was going to go to the moon.
2. Then in 1982 the financial world shifted over from speculation in tangible assets to speculation in financial assets, a trend that has continued with the last few years in low grade bonds.
Bob explains in the video that the change is going to be in the financial markets. He elaborates on the following factors:
1. The yield curve has turned to flattening in the last 5 weeks and that is not good for the banks.
2. We have had that terrific narrowing of spreads and but some spreads in the last two weeks have turned to widening. A key one to watch is the (US junk debt rated) –  triple C yields against treasuries which just had a week of beginning to turn.
3. We now have 3 levels of speculation. Not only so qw have private investors become speculative, but the theory that Central Bankers can intrude in the marketplace is itself highly speculative. Lastly Central Bankers have taken their push a bit, pull a bit here and stretched it to infinity. In short, “Central Bankers are going absolutely mad.”
4. Low grade bonds are going to be a disaster. Seasonality here is also a factor for these bonds highs usually in May/June with lows in October/November.
Where To Put Your Money
While yields are very low or prices are exceptionally high it very difficult for investors to find a place to park. What Bob suggests for safe money is to get into 3-4 year US Treasuries. Foreign investors would have an advantage there too because it looks like the US Dollar is going to take another leg up. “Sure the yields are low but at least you’ll money on the currency trade.”
In answer to the question “What’s the biggest danger for investors and their investments”, Bob replied “first of all government”. Also any price that is excessive right now and the price of high grade bonds is exceptionally high though they may stay high for a month or so yet. The prices of low grade bonds have been exceptionally high.
The price of residential housing in Toronto and Vancouver is exceptionally high. The danger is to join the crowd on a very popular trade. Advice to the young just don’t join the lemmings. We know that high end residential real estate in London and NY has already gone no bid. It looks like the mania in residential housing has become overdone and will at least go sideways to slightly down.
Stock Market
“In every post bubble contraction, which we are in since the bubble blew out in 2007, we are in the first business expansion and first bull market out of that crash. Our view is that the bull market peaked last year and that whats happening now is just a rebound within the bull market.
Interest Rates
“Real interest rates are rising. There is plenty of talk about negative interest rates, but the way to clear through that is we take the nominal interest rate and divide it by the consumer price inflation. They call that real interest rates. It follows a regular pattern through a financial mania where real interest rates go down, and this has been the case recently, in the 2007 bubble they fell to minus 1, minus 1.5% rising to 3%. so you had a 4% rise during the contraction of 2008/9.”
If you look back in history on interest rates in each bubble the typical increase in real long interest rates has been 12 percentage points, so that is a brutal way of stopping the abuse of credit markets. Also the other part of a post bubble contraction is that the senior currency becomes chronically strong relative to most other currencies.
Bottom Line
Bob likes the US Dollar and in the near future anticipates a jump in rates.