Blood is in the streets; it’s time to buy crude 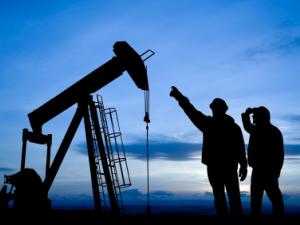 While OPEC continues to talk tough about oil production, the International Energy Agency (IEA) is warning that its strategy may backfire on them. This comes the day after the United Arab Emirates (UAE) Energy Minister Suhail Mohamed al-Mazrouei is saying the UAE plans to double down in the OPEC price war by raising production in the next few years to 3.5 million barrels a day, up from 2.9 million barrels per day. He is predicting that the drop in oil prices is almost over and soon prices will start to rise.

The IEA on the hand is not so sure, saying that the OPEC strategy to keep market share may hurt other OPEC members and keep oil prices low for a sustained period. The IEA says that oil is unlikely to return to $80 a barrel before the end of the next decade, despite unprecedented declines in investment, as yearly demand growth struggles to top 1.0 million barrels per day. While OPEC may gain market share in the long run, they will have to deal with the pain of low oil prices in the short run. The IEA is predicting that demand growth under its central scenario will rise annually by some 900,000 barrels per day to 2020, gradually reaching demand of 103.5 million bpd by 2040. Of that OPEC’s market share will remain at 41% until 2020 then rise to 44% by 2025, which is just two percentage points higher than the IEA forecast a year ago.

The International Energy Agency also predicts an end to production growth from outside of OPEC saying it will halt over the next five years. The IEA says that U.S. shale output will peak in 2020. They said that U.S. production with, “its ability to respond quickly to price signals is changing the way the oil market operates.” But its rise will be constrained because of the nature of pumping from shale formations, short-term projects in which oil wells are depleted quickly.

The IEA’s gloomy outlook is being lost on some OPEC members who believe a price turnaround is just around the corner. In fact, OPEC is not even worrying about the return of Iranian oil. OPEC Secretary General Abdalla El-Badri is saying that OPEC can do anything to accommodate new Iranian oil output.

Bloomberg News reports that global demand for crude will bring more balance to the oil market as soon as next year, according to Pulitzer Prize-winning author and energy consultant Daniel Yergin and OPEC Secretary General Abdalla El-Badri. The oil market will rebalance in 2016 or 2017, as demand grows between 1.2 million barrels per day and 1.5 million barrel per day through 2020, Yergin, vice chairman of consultants IHS, said in a speech in Abu Dhabi.

Demand will rise by about 17 million barrels a day to almost 110 million barrels a day by 2040, with 70% of the growth to come from Asia, the head of the Organization of Petroleum Exporting Countries said at an event in Doha. Yergin added: “The next few quarters are going to continue to be tough as Iranian oil comes back into the market. We really see 2016 as the year of transition.”

I agree more with Yergin than the IEA’s more gloomy outlook! Long term it is time to buy when there is blood in the streets!

Senior energy analyst at The PRICE Futures Group and a Fox Business Network contributor. He is one of the world’s leading market analysts, providing individual investors, professional traders, and institutions with up-to-the-minute investment and risk management insight into global petroleum, gasoline, and energy markets. His precise and timely forecasts have come to be in great demand by industry and media worldwide and his impressive career goes back almost three decades, gaining attention with his market calls and energetic personality as writer of The Energy Report. You can contact Phil by phone at (888) 264-5665 or by email at pflynn@pricegroup.com. Learn even more on our website at www.pricegroup.com.