Bitcoin soars past $1,700 for the first time 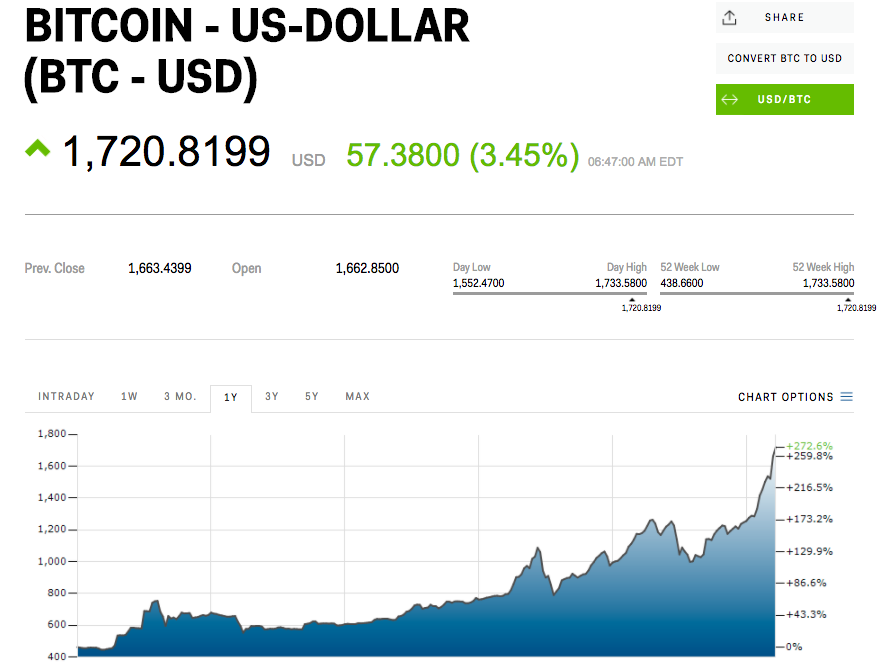 Bitcoin seems unstoppable, topping $1,700 for the first time on Tuesday.

Tuesday’s gain comes without any obvious catalyst as traders await the US Securities and Exchange Commission’s ruling on whether it will reverse its decision to reject the Winklevoss twins’ exchange-traded fund.

The SEC rejected two bitcoin ETFs back in March, saying it “is disapproving this proposed rule change because it does not find the proposal to be consistent with Section 6(b)(5) of the Exchange Act, which requires, among other things, that the rules of a national securities exchange be designed to prevent fraudulent and manipulative acts and practices and to protect investors and the public interest.”

Bitcoin recently has shrugged off China restricting trade, the SEC’s rejecting of the two bitcoin ETFs, and threats from developers to create a “hard fork” that would split the cryptocurrency in two.

JAMIE DIMON: There is a ‘national catastrophe’ and ‘we should be ringing the alarm bells’