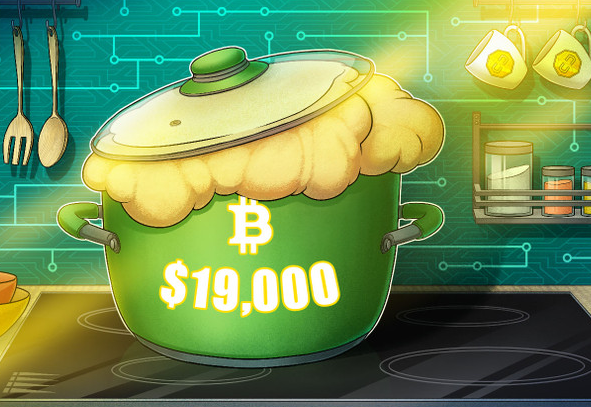 Despite 15% gains coming during a weekend, Monday simply delivers more of the same upside for Bitcoin prior to the Wall Street opening.

Bitcoin (BTC) returned to $19,000 on Nov. 30 as a weekend surge continued to produce fresh gains for investors and hodlers.

BTC price up 18% against weekly lows

The weekend had already produced major upside for the pair, which late last week dived to $16,300. By the start of Monday, $18,600 had appeared, with Bitcoin going on to deliver returns of at least 17% versus those lows.

As Cointelegraph reported, a giant $1,300 CME futures gap threatens to take the market lower, but buyers so far remain unfazed. At press time, highs above $19,200 were in progress with around half an hour to go before the start of trading on Wall Street…CLICK for complete article