Posted by A Chemist in Langley 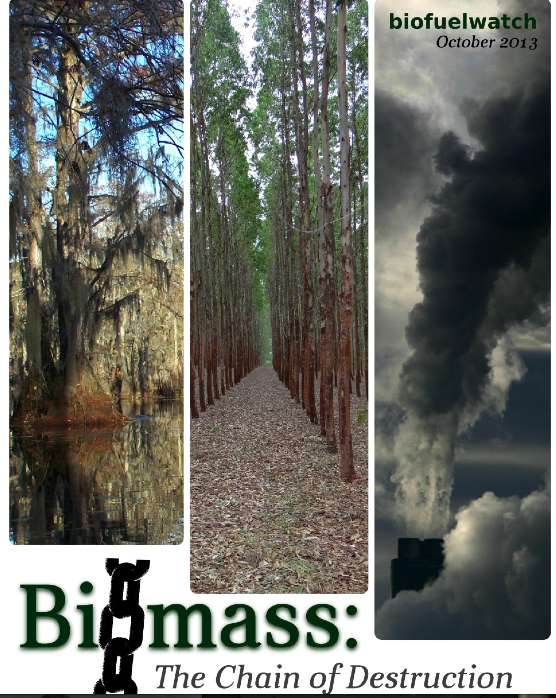 “What is most ironic is that the power used by Greenpeace in Europe to fight the “tar sand’s” theoretical destruction of boreal forests is provided by the cutting down and grinding up of actual Canadian boreal forests.’

The sad part is that in almost every case biofuels start out sounding like a good idea. The argument goes that biofuels made from waste biomass can give power without incurring an environmental cost and would be carbon neutral. The problem is that there is only so much waste biomass out there and power plants need a steady source of fuel. So in almost every case power producers need to rely not only on waste biomass but on virgin materials. As described in the linked Economist article, in Poland  and Finland, wood meets more than 80% of renewable-energy demand and in Germany, wood makes up 38% of non-fossil fuel power consumption.So where is this wood coming from? As described in the web posting at FSC-Watch in the southern US, NGOs have shown that the biggest US pellet producer, Enviva, is sourcing a high proportion of wood from the clear cutting of bottomland hardwood forests – some of the most biodiverse temperate forests and freshwater ecosystems worldwide.

As for Canada we export about 1.3 million tons of wood pellets, most of it from boreal forests, to Europe every year. As for being “carbon neutral”, boreal forests grow slowly and model simulations reported in the journal Climate Change indicate that harvest of a boreal forest will create a “biofuel carbon debt” that takes 190–340 years to repay. So boreal forest wood is carbon neutral as long as you wait 3 centuries or so. To put it in perspective, in order to provide power for the factories and electric cars in Europe, Canadian and US forests are being cut down, often at an unsustainable rate, resulting in the destruction of valuable habitat and loss of ecosystem diversity. What is most ironic is that the power used by Greenpeace in Europe to fight the “tar sand’s” theoretical destruction of boreal forests is provided by the cutting down and grinding up of actual Canadian boreal forests.

….to read the entire article go to “On renewables and the need for compromise Part IV: biofuels – just bad or really bad?“

…related: Biomass: The Chain of Destruction