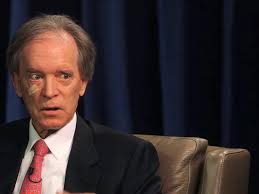 Carl Icahn and George Soros are two incredibly influential and well respected investors who have recently turned against the markets and taken on large short positions. These investors, as I have recently written about, are forecasting doom and gloom in our future and envisioning a time of collapsing prices in the markets. They should not be ignored, nor should they be dismissed.

Many of us in the precious metals community also see the writing on the wall. We see the disease and rot that has set within the market’s heart. We see the out of control and reckless spending by Central Banksters and shudder with fear, for we also envision a collapse of epic proportions. No longer are we alone, nor can we be called “tin foil hat” wearers anymore. Our truths can no longer be denied and they are not going unheard.

More and more daily are waking up to this reality, including, as we indicated, some of the most prominent names in the industry. Most recent to join the ranks is Bill Gross, arguably the most well-known investor in the bond markets. Bill Gross has recently come out and said that the “system itself is at risk” and that a “day of reckoning is coming”. Ominous words indeed, but sadly, the truth.

Putting his money where his mouth is, Bill Gross is defying all of his instincts as a bond investor and is revamping his $1.3 billion “Janus Global Unconstrained” Bond Fund. He is moving his fund into a position to sell insurance and credit risk.

These actions are brought on by his deep fear that the market is going to break down in the future. He believes Central Banker stimulus has artificially propped up the markets and this illusion we live in is no longer going to last. The proof of this is in the fact that stimulus by Central Bankers is having less and less effect, even as more and more money is printed.

He also fears that the US government is heading down the path of Japan and envisions a day when the government buys up all the debt, eliminating and forgiving it. This of course would be wildly inflationary and be an admittance that the end is nigh on their own part, likely ending in an epic collapse of the Western monetary system.

The writing is on the wall and as each day passes, there is more and more smart money coming to this conclusion. At some point a tipping point is going to be reached and the markets are going to break.

Those with their wits about them are simply getting ahead of the curve and acting before it’s too late. Are you?