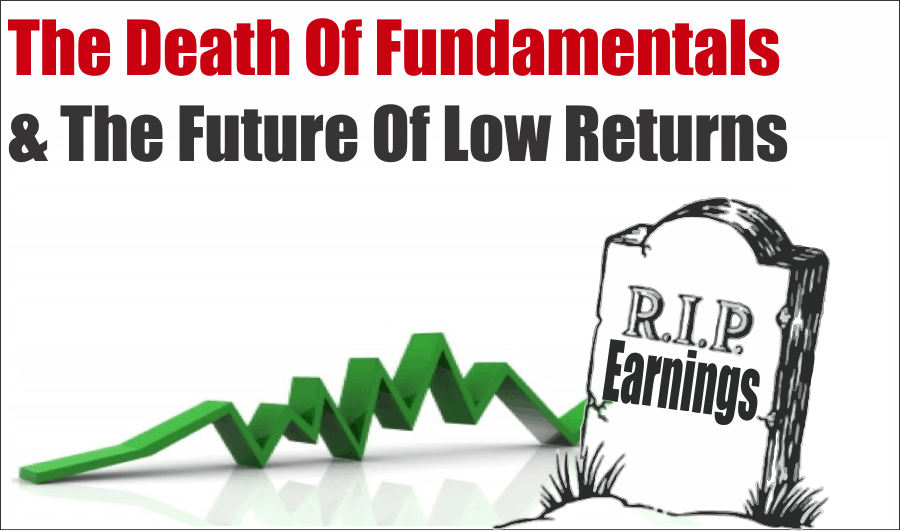 Over the last quarter, the “Death of Fundamentals” has become apparent as investors ignore earnings to chase market momentum. However, throughout history, such large divergences between fundamentals and price have resulted in low future returns.

This time is unlikely to be different.

“During the second quarter, analysts lowered earnings estimates for companies in the S&P 500 for the quarter. The Q2 bottom-up EPS estimate (which is an aggregation of the median Q2 EPS estimates for all the companies in the index,) declined by 37.0% (to $23.25 from $36.93) during this period. How significant is a 37.0% decrease in the bottom-up EPS estimate during a quarter? How does this decrease compare to recent quarters?

In fact, this marked the largest decline in the quarterly EPS estimate during a quarter since FactSet began tracking this data in Q1 2002. The previous record was -34.3%, which occurred in Q4 2008.”