Big Tech is only getting bigger 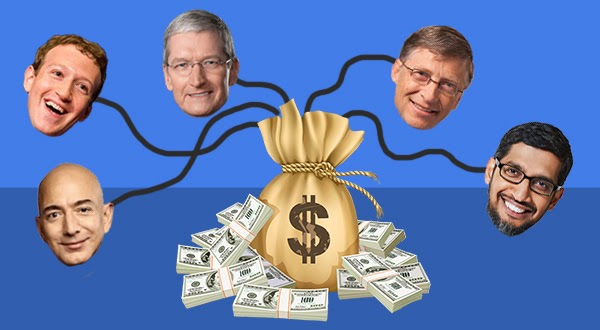 For the uninitiated, that acronym is collectively worth $8T+:

While growth was slower for the other behemoths, their Q1 sales numbers are still huge: Alphabet ($55B), Microsoft ($42B), Facebook, ($26B).

For perspective, here’s how much these companies made per minute in the first 3 months of the year:

And it’s not just sales

As reported by The Wall Street Journal, here are some other notable Q1 stats:

Perhaps the most jarring number?

FAAMG now makes up ~25% of the total value of the S&P 500 — 2x the share from 5 years ago. Unfortunately for us, it looks like that ghastly acronym isn’t going anywhere.