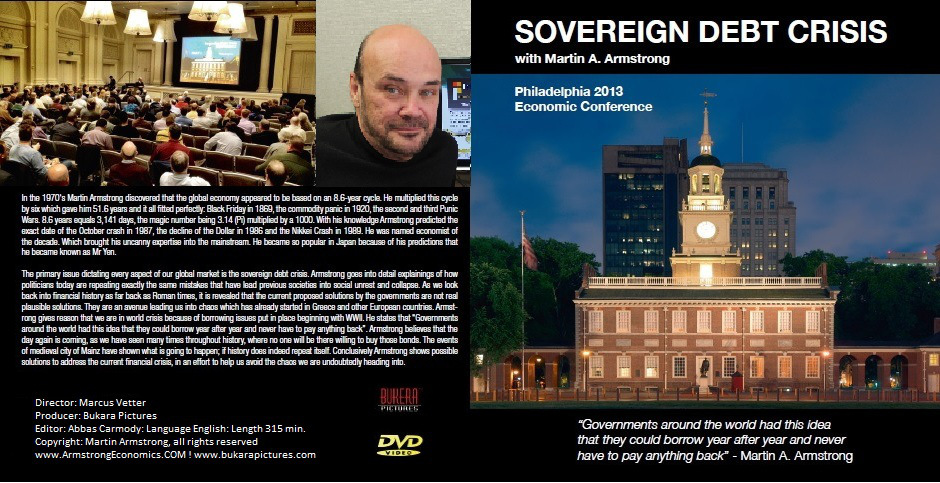 The Sovereign Debt Crisis is unfolding on schedule. I have warned at thePhiladelphia Conference that half of Germany’s municipalities are on the edge of bankruptcy as was the case with Detroit. Instead of reform, no, government just increases the tax burden upon the people who they see having an endless supply of money to be expropriated for their personal glory. Just like a small business that keeps expanding, those in government do the same thing except it consumes money never creates anything. Socialism is not about helping the less-fortunate. It is about government workers helping themselves to what you have. This is no different from giving money to a charity and you find out 80% goes to administration costs.

In Germany where the average person already pays more than half their wages in taxes to support government, here comes another tax on top of the existing proposal to confiscate 10% of everyone’s accounts to pay for the banks. Now there will be the “solidarity” contribution (solo) which is for continuous control of government. According to information from the German economic news, the Federal Government, states and municipalities intend to share the solos revenues, in order to meet their debt service obligations. You see, there cannot be hyperinflation. Governments resort to hyperinflation ONLY when they cannot borrow or tax anymore. They will turn you upside-down and take your gold fillings before they will ever resort to printing.

What the new tax will be called, is still open to speculation. In order to bring the matter quickly across the stage, some top officials have been punished with forced furloughs to prevent their objections. It is becoming very clear: Taxpayers are dispossessed not only with low-interest rates to keep government financing artificially low, confiscation of assets to help bailout banks who lost speculating with your money, but they will have to pay 5% of their income to now bailout state and municipal debt. There will never be enough money to go around because pensions will continue, workers will retire, they will hire replacements and the size of government will grow exponentially until this bubble bursts just as a speculative bubble in stocks – there is no difference! This is a bubble in government! There is just never any end in sight to the bull market in taxation until the bubble bursts and the people rise up creating the next revolution. That is ALWAYS the historical out come unless they can find an external enemy to create war to hide their defaults.