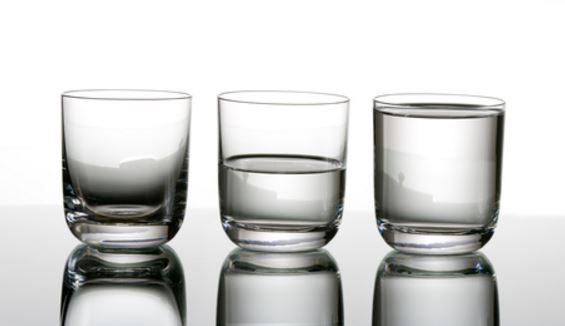 “Donald Trump is the cause of all evils real and imagined, past, present and future!”

The first headline is partly real and timely, the second is my paraphrasing the recent coverage from supportive media outlets. The last one is from every other media outlet, including the CBC…your income tax dollars at work!

I’m starting with these three “headlines” because they illustrate both the spirit of the current environment, and the risks of our media-pervasive modern society. All of this noise is a big distraction from the real action, and it’s very dangerous. Times like these remind us that “mass media mimics – and sometimes manipulates – mass mania.” For some, the mania is a victory parade, and for others it’s a lynch-mob delicately described as a “march” with vulgar hats.

Here’s why you should care: when we are in a highly emotional state, we ALL make emotionally-based decisions; this extends to investment decision making as well. No one is immune to good or bad emotions, and we cannot mask or restrain negative/destructive emotions without doing the same to positive/constructive emotions. For curious minds, please look up Brene Brown’s various TED Talks.

Too much optimism is dangerous, especially if it’s connected to a story, person or movement that we identify with passionately; call it attachment of our ego. Don’t get me wrong, I’m happy that Hillary Clinton didn’t win the Whitehouse, but this isn’t about Donald Trump…despite the fact that he’s showing himself to be a man of swift action, and appears to be following through on his major campaign promises.

This aspect alone has opposing pundits in awe, bewildered, whining and enraged. Thus, Trump supporters are highly likely to be the most at-risk here in terms of buying near a short-term top since their political exuberance is masking their “higher-order executive functions” that produce disciplined investment decision making. While the MSM attacks him on every issue (petty and material), his supporters are growing emotional blinders via over-confidence. Go ahead and enjoy the victory parade, but be smart about it, please.

Why the wet blanket language? Since risk and reward are directly connected to price movements in the medium of time, we know from history that true investment risk is lowest when prices are lowest (and fear of loss of capital is highest) and conversely that risk is highest when prices are highest.

Most describe the emotion of market tops as “Greed” but that’s a misnomer; I believe what most investors feel near market tops (especially at new all-time highs) is actually fear of missing out on gains. This fear of missing out is exacerbated for those who sold near the last bottom based on fear of loss of capital…and they repeat their destructive behaviours of selling low and buying high.

Regardless of who’s in political power, it’s the underlying economic trends that matter. Money is a form of energy, and we know that energy moves in waves and cycles in a dynamic and complex inter-play. This is the entire basis of Martin Armstrong’s ECM and Socrates™ computer models, which remove human emotion, bias and opinion from the mix. The mainstream chatter is a dangerous distraction from the underlying reality, so we need to focus on the data.

What’s happening right now with currency, equity and government bond markets and US-bound capital flows has been forecasted in Marty’s models for many years, long before Donald Trump announced his campaign in the summer of 2015. Donald J. Trump is merely the lead actor is this grand screenplay of energy flows.

So, whether you’re sitting on a lump sum that is “missing out” on recent gains, or fully invested and wondering about de-risking your portfolio, this is the time to go back to your carefully crafted Investment Policy Statement that you agreed to when your emotions were in a more subdued state, and your decision making was dominated by your higher-order executive functions. This is the time to return to your fundamentals, to your Life Goals; and to re-affirm your commitment to making intelligent investment decisions…not emotional decisions.

Patience and Discipline are accretive to your wealth, health and happiness – so focus on these.

I’m looking forward to participating in The World Outlook Financial Conference next week, including presenting a couple of Personal Finance Workshops on investing lump sums and other timely topics.