Better Than Gold? Switzerland On Sale 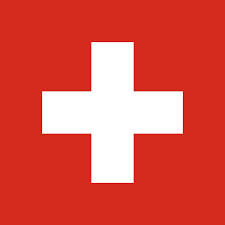 Although markets have been a bit skittish so far this year and despite concerns about growing debt and slower growth, there are plenty of great value opportunities out there for alert investors.

Still, it makes sense to play some defense by hedging your stock picks with what I call “shock absorbers.” Cash, gold, silver, and high-quality bonds come to mind, but there are also some better options out there — namely stable markets and their currencies.

But first, let’s take a look at three qualities that make a country a good hedge and safe haven:

The country’s currency should demonstrate deep liquidity so that investors can move in and out of it without sharp movements in price. It needs to be widely recognized as a reserve currency.

The fiscal discipline and political stability of the country needs to be unquestioned. Countries with large fiscal deficits are unable to be dependable safe havens since the path of least resistance is to devalue the currency to make debt loads more manageable.

Investors and trading partners thrive best in a market-oriented economy where the rules are clear and transparent. Faith in the fairness of the judicial system and institutions is vitally important.

Switzerland and the Swiss franc fit the bill nicely.

Switzerland also has a number of other factors on its side:

Switzerland is on Sale

That all sounds pretty good, especially since the Swiss stock market is trading at a discount to the S&P 500. Now, how should Switzerland become part of your portfolio?

What better way to play this trend than with Swiss quality, value, and global growth?

The iShares Switzerland Index (NYSE: EWL) is a smart way to gain exposure to a basket of Switzerland’s leading multinationals and has an expense ratio of only 0.59%. In addition, while a rising Swiss franc puts pricing pressure on Swiss exporters, a strong Swiss franc supercharges returns for investors in EWL.

My go-to stock pick in Switzerland is Nestlé (OTC: NSRGY). This consumer giant has a share-buyback program, a focus on growth in emerging consumer markets, and a rising dividend.

ABB (NYSE: ABB) is a terrific infrastructure play and has been on a tear, winning power and automation-technology contracts all over the world.

You may also wish to pair EWL with iShares Singapore (NYSE: EWS). Singapore is the “Switzerland of Asia,” with $40,000 of foreign exchange reserves for every citizen.

And if you only want exposure to the Swiss franc, take a look at the CurrencyShares Swiss Franc Trust (NYSE: FXF).

You can’t go wrong buying Swiss quality — and it’s even better if the country is on sale.

You May Also Enjoy…

What Is An IRM(72) Retirement Plan?

Your Own Private Island for $50k