Beneath the Headline Numbers, Not a Good Jobs Report 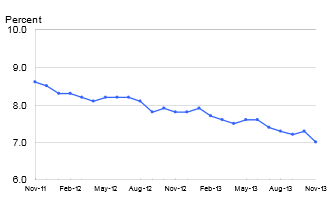 Some of the skew in last month’s job report related to the government shutdown was taken back today, as expected. The labor force stats and participation rate were exceptions, and details reveal much weakness.

Ignoring the decline and the rise in employment over the past two months, the huge discrepancy between the household survey and the establishment survey persists.

In essence, this was a bad report, with people dropping out of the labor force like mad.

This was the fifth straight month of revisions to the establishment survey but the revisions were relatively minor.

Employment rose more than the labor force, so the unemployment rate fell as further explained in my “initial reaction” above.