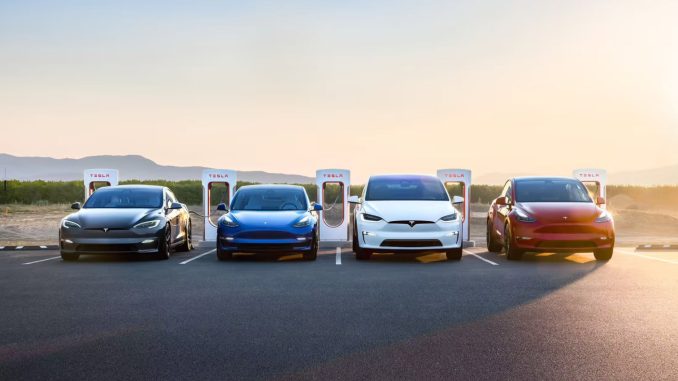 Tesla has dominated electric vehicle (EV) sales in the US. The Texas-based automaker held a commanding 79% share of the EV market in 2020.

That number dropped a bit in 2021, down to 66.3% through the first half of the year, according to registration data from Experian.

According to Bank of America (BofA), that drop is just the beginning and Tesla’s US EV market share will plummet to just 19% by 2024.

The investment bank says the reason for the precipitous drop is due to an all-familiar talking point when it comes to Tesla – competition.

“We think 2022 marks the start of commercialization for electric vehicles, with many start-up EV automakers launching/ramping new product and many incumbent automakers also beginning their product launch onslaught,” the bank said.

BofA doesn’t stop there. They also predict Tesla’s EV market share will be less than those of Ford and General Motors by 2024, the two automakers it says will benefit the most from Tesla’s decline…read more. 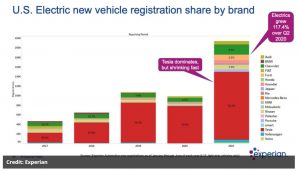