Bad News for Big Oil (and You) 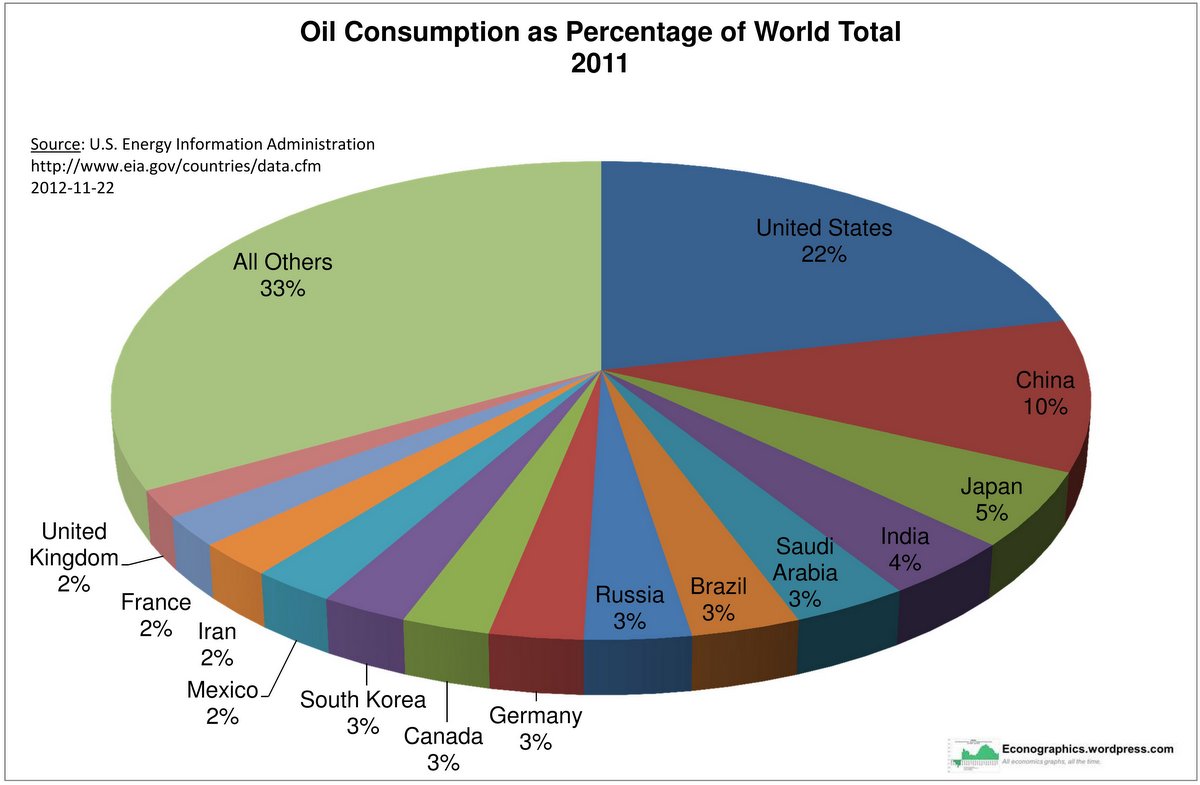 The lack of cheap oil will soon collapse global markets.

A bold statement, I know — especially with a U.S. “shale boom” at hand and stocks still near all-time highs.

But stocks have only risen that high because of the largest governmental intrusion on free markets the world has ever seen. Of course stocks will go up when money is free and banks aren’t accountable for their actions.

None of the problems that led up to the 2008 crash have been fixed.

And it’s been my mission for the last year or so to determine what would cause this new ruse to come to an end.

My conclusion is the perception of cheap energy is the only thing that’s keeping the free-money paper asset bubble inflated.

Let me put a finer point on it for you with a section of a brand new report I put together specifically to address this issue:

Once we understand that the majority of the world’s pension assets (including a significant portion of mutual and insurance funds) are invested into equities and bonds, it’s no secret why the Fed and the central banks are propping up the markets with their huge injections of monetary liquidity. And, of course, these injections are funneled into the broader stock indexes as well as the Treasury and bond markets.

But energy has to be burned to produce economic growth that will pay back or settle these global conventional paper assets in the future. That is why it is indeed a huge Ponzi scheme.

Due to the propping-up of the economy by a massive amount of debt, Americans are able to purchase a percentage of this energy — oil that, in all likelihood, they probably could not afford otherwise.

Furthermore, this debt will never be repaid, as there will not be the available energy supply in the future to do so. As I mentioned before, there needs to be a growing economy that allows a small profit or percentage left over to either pay back debts or satisfy future retirement income streams.

Thus, the majority of conventional paper assets will lose a great deal of their value as debts are either written off or excused due to the inability to service them any longer (just like is happening in Detroit).

We must remember the majority of paper assets have parties on the other side holding the debt. For instance, the bank owns the home (asset), while the homeowner holds the mortgage (debt).

And in many cases, the bank has transferred the ownership of these mortgage-backed securities to another party such as the Federal Reserve, who purchases $40 billion a month of these financial products. So now the Fed owns the assets (really the American public), allowing the banks to sell homeowners more mortgages, which the majority will never be able to pay back in the future.

Now that you have a good idea of what assets are going to be experiencing serious trouble in the future and why, the proper question to ask is…. what are some of the safest assets to own?

I released this report last week, and already events are unfolding that are proving its merit.

Concerning consumers, we now know Americans burned through $46 billion in personal savings to fund December purchases. That left the Personal Savings Rate at its lowest level since January 2013. And holiday sales were still down 0.7% at department stores in December… and down 3.3% for the full year. Last year saw the weakest retail sales in four years.

Thanks to a report out last week from the Corporation for Enterprise Development, we now also know that almost half of Americans are living in a state of “persistent economic insecurity” that makes it “difficult to look beyond immediate needs and plan for a more secure future.”

In other words, too many of us are living paycheck to paycheck. The CFED calls these folks “liquid asset poor,” and its report finds that 44% of Americans are living with less than $5,887 in savings for a family of four. The plight of these folks is compounded by the fact that the recession ravaged many Americans’ credit scores to the point that now 56% percent of us have subprime credit. That means that if emergencies arise, many Americans are forced to resort to high-interest debt from credit cards or payday loans. And this financial insecurity isn’t just affected the lower classes. According to the CFED, one-quarter of middle-class households also fall into the category of “liquid asset poor.”

So that’s the first piece of this equation: The real economy is not recovering, which is necessary for assets to increase in value.

The other way for assets to increase is with perpetually cheap energy. Many have said the shale boom guarantees this. But that is simply not the case.

Here’s what we learned last week from major oil companies…

Amidst this “shale boom,” Exxon production actually fell 1.5%. And that was despite it increasing capital expenditures by 4% to over $38 billion.

That is not a “boom” by any measure.

And it was the same story for other majors.

Chevron’s production was down 3% while it increased its debt position to $5 billion and only replaced 85% of its produced reserves.

(Five years ago, we would have been shouting this from the rooftops as proof of peak oil. So why not now?)

Conoco production fell 6%, and the company had an abysmal 3% reserve growth. Shell actually took billions in write-downs from disappointing programs in the Eagle Ford and Mississippi Lime formations.

Are you supposed to produce less, spend more, and lose money during a boom?

And remember, this comes in a $100 oil environment. These guys can’t even make money while you’re paying $3.35 at the pump.

It doesn’t get any more ironic than Bloomberg Businessweek’s write-up of what’s going on. Here’s a piece from its article last week entitled, “Big Oil Has Big Problems”:

In a way, the world’s major oil companies all suffer from some version of the same problem: They’re spending more money to produce less oil. The world’s cheap, easy-to-find reserves are basically gone; the low-hanging fruit was picked decades ago. Not only is the new stuff harder to find, but the older stuff is running out faster and faster.

Just to maintain production rates, oil companies have to race to find new reserves faster than the old ones dry up. That essentially puts them on a treadmill at which they must run faster just to keep pace—a horrible problem in any business. “It’s like feeding an elephant,” says Fadel Gheit, an energy analyst at Oppenheimer. “You can’t just give him a couple bags of peanuts. You have to find a truck load every day, just to keep him happy.”

And as this research shows, it’s going to have dire implications for the value of your paper assets.

The fire of inflated assets stoked by free money and the illusion of cheap energy is coming to a close.

Nick is the Founder and President of the Outsider Club, and the Investment Director of the thousands-strong stock advisory, Early Advantage. Co-author of two best-selling investment books, including Energy Investing for Dummies, his insights have been shared on news programs and in magazines and newspapers around the world. For more on Nick, take a look at his editor’spage.