Average house prices up 3.5% in past year… 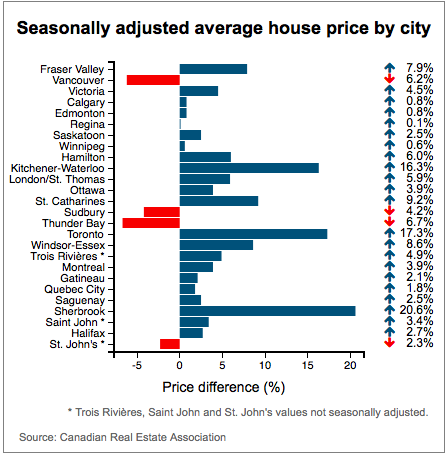 The price of the average Canadian home rose up by 3.5 per cent to and average price of $519,521 in February, even as the national figures continue to be skewed by hot activity in the country’s biggest market: Toronto. “That said, Greater Vancouver’s share of national sales activity has diminished considerably over the past year, giving it less upward influence on the national average price,” CREA said.

According to statistics released today by The Canadian Real Estate Association (CREA), national home sales were up on a month-over-month basis in February 2017.