China’s growth model is dead in the water! 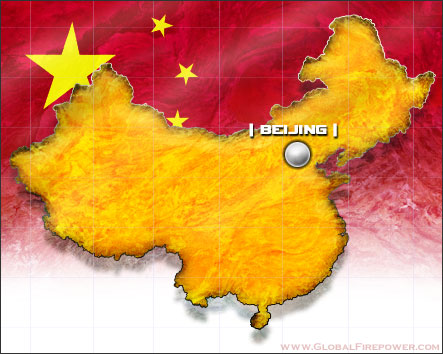 SYDNEY, Aug 24 (Reuters) – …Fuelled by Chinese-led demand for its coal, iron ore and other resources, Australia’s economy was one of the few in the developed world to sail through the global financial crisis without sliding into recession.

But questions over whether the decade-long bull run in commodities has ended have become louder in recent weeks as data shows China heading for the slowest pace of annual growth in more than a decade, driving down the prices of copper, iron ore and other raw materials.

We have been very bearish on the Australian dollar.  The reason is a simple one.  It is the belief that as China goes, so goes the Australian economy.

The rationale is clear: the Australian mining sector is the driving force for GDP growth in Australia.  Continued prosperity in the mining sector is a direct function of demand for commodities from China.  We believe Chinese growth is falling fast, much faster than official statistics indicate.  If this is true, the Australian economy has peaked in this cycle and soon the Australian dollar will feel the pain of this deceleration in growth.

China’s official GDP growth rate has fallen sharply – … Beijing announced that GDP growth for the second quarter of 2012 was a lower-than-expected 7.6% year on year, the lowest level since 2009 and well below the 8.1% generated in the first quarter. This implies of course that quarterly growth is substantially below 7.6%.  Industrial production was also much lower than expected, at 9.5% year on year. In fact China’s real GDP growth may have been even lower than the official numbers.  This is certainly what electricity consumption numbers, which have been flat, imply, and there have been rumors all year of businesses being advised by local governments to exaggerate their revenue growth numbers in order to provide a better picture of the economy.

Some analysts believe China’s growth was flat for the second quarter.  But China never lets its official numbers get in the way of a good story. As you can see in the chart below, exports are tumbling across all regions.  We expect this to continue.  Not only because of a deepening recession shaping up in the Eurozone – the largest customer for China – but because of a secular change in consumer demand globally.

It has been about four years since the credit crunch crisis, and the US consumer is still deleveraging, i.e. paying down debt despite the fact the US government is creating more debt in a desperate attempt to maintain growth.

Though we don’t have the number for European consumers, but given how badly their economies are performing, you can expect this pattern to be similar across Europe.  In fact, we suspect it could be worse as unemployment across the Eurozone is now at an all-time high and rising.   So, it is quite plausible to believe the trend in China’s GDP growth will continue to fall…

…especially when you consider that Chinese manufacturing is now shrinking based on the latest Purchasing Managers Index numbers (below 50 represents contraction).  Though US PMI is still expanding slightly, PMI numbers are falling for all three of the globes major growth and demand drivers:

China’s Model is flawed for the Shape of Global Economy

The reason a secular decline in global consumption is so dangerous for China is because its entire model is predicated on a sustained rise in external demand.  No longer can the world absorb China’s trade surplus. [According to Professor Pettis, China’s trade surplus by 2007 as a share of global GDP “had become the highest recorded in 100 years, perhaps ever, and the rest of world found it increasingly difficult to absorb it.]

China has made massive internal infrastructure investments over the years.  And this internal investment ramped up dramatically after crisis of 2008 in an effort to sustain growth.  Instead, it has created huge levels of excess production capacity across many of its key industries leading to a surge in debt and bad loans not yet realized.

There is another testing point ahead. If local governments want to sustain production levels, they have to arrange bank loans to support loss-making production. The central government has loosened up liquidity control. Bank lending conditions have been eased. Approvals for corporate bonds have been accelerated. It is possible that production levels would be sustained into the fourth quarter despite falling commodity prices. Of course, the financial system will suffer bad assets from propping up loss-making production.

The natural transition for China would be more dependence on internal consumer demand, since external demand it falling.  But it is not that simple.

Keep in mind that massive internal investment is effectively a transfer of wealth from the household sector of the economy (China has lowest percentage of consumer demand relative to GDP than any country in history).  This is done by artificially lowering deposit rates, and forcing consumers to keep money inside the country.  This is a standard developing country model.  But it is extreme in China.

The winners in such a system, known as financial repression, are the net borrowers.  In China this is local governments, state owned enterprises, and real estate developers.  The losers are consumers.  This should help explain why consumption penetration is so low.

The reason this model is now becoming untenable is because external demand is not creating the wealth necessary to keep household income growth rising.  It is why we are seeing increasing levels of unrest throughout China.  But the powers-that-be, who have benefitted mightily from this growth model, have a vested interest to keep things as they are.  Just keep lowering interest rates and providing us more credit, we will keep building…

But credit allocation to the already powerful players means income inequality is soaring in China.  Those with political power do well, those without it do badly. More from Andy Xie [our emphasis]:

Addressing income inequality has become fashionable. There is speculation that the government will unleash a plan for improving income and wealth inequality. Unfortunately, the discussions so far are misleading at best and could incite social conflicts. Rapidly rising income inequality in China is not a result of market competition. It cannot be compared to what occurred in mature market economies at all. The rising inequality is due to asset bubbles and gray income. Both are due to rapidly rising money supply that has increased government’s role in the economy and fueled asset bubbles.

The concentration of monetary resources in the state sector has led to surging gray income. It is the other important factor in income inequality. It translates monetary growth into inflation. The cost of inflation has been spread among the general population whose fruits from labor have been devalued against rising prices. One could argue that China’s rising inequality is a policy result.

Speculative gains and gray income are a form of inflation tax on the people. They are sustained by rapid monetary growth. Hence, China’s rising inequality is a policy choice, not a consequence of market competition.

The discussions over inequality are misconstrued as rich vs. poor, as in other countries. This is totally wrong. It should be about asset bubbles, excessive monetary growth, the excessively big government role in the economy and the resulting surging gray income. There is a widely circulated view that Chinese people hate the rich. This is totally wrong, too. It is not about who is rich, but about how one becomes rich. Chinese people suspect that most riches in China are ill gotten. Unfortunately, this view is true. With widespread excess capacity, few entrepreneurs can get rich through normal market competition.

Thus, attempts for real reform in the Chinese model will be met with strong resistance from the most powerful within the country.

There are three likely outcomes here:

If the US economy and European economy—China’s customers—do not recover soon, we expect a hard landing will be the path for the Chinese economy.  We are not optimistic that China will be able to overcome powerful internal interests in order to follow the best path, option #3.

So, either way, we see China’s growth continuing to decelerate.  It’ current growth model is dead in the water and will have to change either the easy way or the hard way.  Therefore, this deceleration or crash in growth will hit the Australian economy hard.  It is why we continue to believe the Australian dollar is trading at an extraordinary premium to reality.

Note: This article was originally sent to Jack and JR’s subscribers of the World Currency Trader which covers currency ETF and currency ETF Options trading ideas.  It is a publication of Weiss Research and edited by Jack and JR Crooks. If you would like more information on this publication you can contact Jack and JR at info@blackswantrading.com