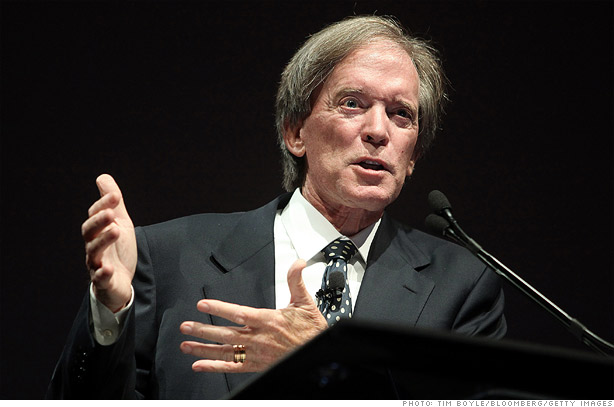 Bill Gross, the co-manager ot the 2 Trillion dollar Pimco Bond fund, is one man whose interpretation of what Ben Bernanke had to say yesterday is worth listening to.

He said that investors who are selling Treasuries on expectations that the Federal Reserve will scale back QE are missing the influence of inflation on the Fed’s decision. He said, “The market basically has misinterpreted the growth and the unemployment targets while leaving out the inflation targets going forward…This is a combined growth, unemployment and inflation type of combination that has to be delicately managed.”

Gross said that he thinks Bernanke “might be driving in a fog” and on Janet Yellin, he said, “I think she is a Siamese twin in terms of policy.”

Gross on yesterday’s statement by Bernanke:

“It was a pro-growth type of statement and a suggestion that some additional definitions in terms of when tapering might begin and when it might end. Obviously according to a 7% unemployment number that speaks in his mind and perhaps my mind to early 2014. But I might also say in terms of questions and answers, and that is critical I think, that he did speak to the conditional influence of inflation. That even if unemployment came down to 7% and inflation did not go up to 2%, they would look around and readjust their decision. This is a combined growth

unemployment and inflation type of combination that has to be delicately managed and i think the market has misinterpreted the growth and the unemployment targets while leaving out the inflation targets going forward.”

On what he means by market misinterpretation:

“I think they are missing the influence on inflation that obviously the chairman has considered and perhaps the committee as well. There was a question and Q&A that basically said, Mr. Chairman, if we are down at 1% inflation and it doesn’t rise, then real interest rates are in a quandary to which you have limited flexibility, and he said, I agree completely with the premise of your question. I would think the markets are looking at the 7% unemployment rate and suggesting the tapering will end at that point. I would suggest that yes, he did say 7% in terms of an unemployment target where tapering would end, presumably in 2014, but he also qualified significantly a number of times that inflation has to go back up towards that 2% target and at the moment we are not there. Those who are selling treasuries in anticipation that the Fed will ease out of the market might be disappointed unless we have inflation close to 2%.”

On how the Fed will respond if we don’t get to 2%:

“I think the Chairman is almost deathly afraid and we have witnessed in speeches going back five or 10 years on the part of the chairman in terms of the helicopter speech and the reference not only to the depression but to the lost decades in Japan. I think he is deathly afraid of deflation. As we meander back and forth around the 1% level, i would suggest that the chairman to the extent that he perhaps has a limited time left in terms of being the Chairman, that he would guide the committee towards not only an unemployment rate which has been emphasized in terms of the Q&A but also towards a higher inflation target, which is really a target. It’s not something in terms of a cap, but the inflation target of 2% and for the next year or two, 2.5% has been specifically delineated in terms of that. It’s a target. Those who think it is a cap and we are 1% below the cap and therefore the Fed doesn’t care about it, I think the chairman told us the Fed does care about it and the closer we get to 2%, the better as far as he’s concerned.”

“I think she is a Siamese twin in terms of policy. She is very much a dove and has chaired the communication effort on the part of the Fed for the last few years which has emphasized and will continue to be emphasized. PIMCO does not want to be in a position of endorsing anyone. We would simply endorse a chairman or chairwoman who perhaps would emphasize Main Street as well as Wall Street which has been the emphasis for the past three or four years.”

On when he thinks the Fed will start to taper QE and when investors need to start trading on that:

“Based on what he said, based upon what the Fed estimates have given us in the last hour it suggests that yes, towards the end of the year, as we hit 7.25%, and if inflation rises as opposed to stays at 1% that the Fed would begin to taper and that ultimately they would end tapering in perhaps the first quarter of 2014. Is that a realistic possibility? At PIMCO, we don’t think that really is. We think the chairman and the Fed are taking a very much of a cyclical type of view. He blames lower growth on fiscal austerity and expects towards the end of the year once that is gone, all of the sudden the economy will be growing at 3%. He blames housing prices moving up on homeowners that simply like higher home prices as opposed to emphasizing the mortgage rate, which is really what has provided the lift in the first place. To certain extent his driving analogy, which he talked about pulling back on the accelerator, I think he might be driving in a fog. I think the Fed itself may be driving in a fog. To think that is a cyclical as opposed to a structural problem in terms of our economy. I simply think and PIMCO thinks that real growth to lower unemployment below 7% is a long shot over the next 6, 12, 18 months.”