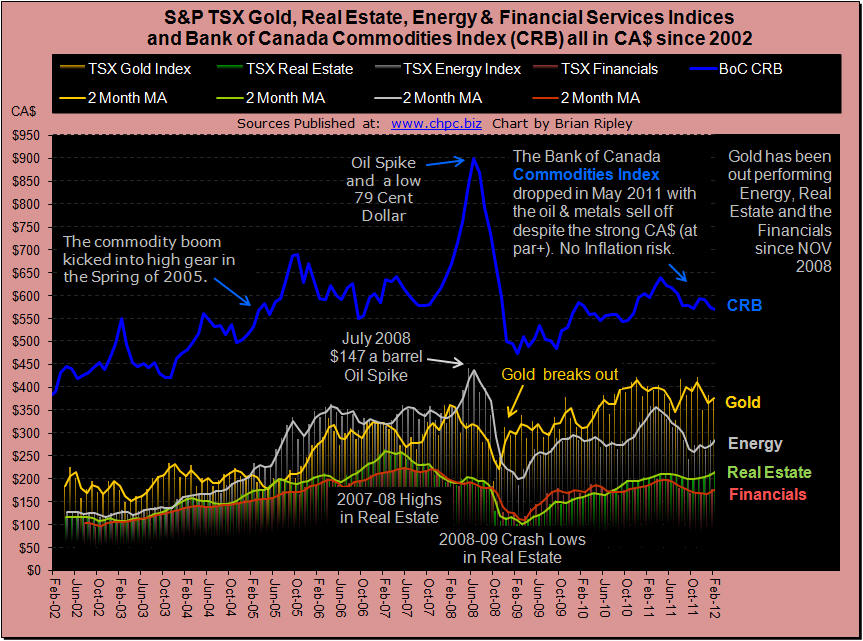 The last few weeks have seen a larger consolidation pattern forming, pointing to a much bigger consolidating pattern that implies far more than just a short-term trading move just ahead of us. The forces that drive both supply and demand in the very short-term are just about in balance, so it is appropriate that we look at these forces to see how they influence gold prices in the short, medium, and long term.

The forces that influence the gold and silver markets are very different from those that affect industrial and base metals. They go far beyond simple prices and the technical picture of demand and supply. They encompass trust, confidence, dependability, and protection that have little or nothing to do with gold’s uses. Warren Buffett is quite right about the “uselessness” of gold. But he has missed the point as to its value. Such a master of management and investment must find such an unmanageable metal virtually useless to him. But therein lays its value as an investment.

Over the long term gold cannot be managed or controlled. It’s the last investment standing when push comes to shove and silver is its lesser sidekick. We mentioned the saying in an earlier article that people don’t buy gold to make money but because they have money. That’s why central banks hold gold. They wish they didn’t have to but they know that their currencies are vulnerable to mismanagement and that over time are almost inevitably mismanaged. Gold is bought to get away from people and their games in the knowledge that when those games are played gold stands at much higher levels than before the games started. During the time that these events are played out, the gold and silver prices reflect each step made.

At Gold Forecaster and Silver Forecaster, we track these influences as much as we track the fundamental and technical pictures. Failure to do this would make our work directionless as well as inadequate. After all, one cannot exclude any facet of the influences on gold or silver if you want a professional understanding of these markets.

The supply of both gold and silver is rising but not in nearly sufficient amounts to satisfy the growing demand coming from all sides of the world. The production of gold is more difficult than that of gold because miners have to go to more and more different countries to extract gold. The governments of those areas may be friendly at the start of the operations, but if they feel that profits being made by miners are too large, then they move in with higher taxes and in some cases, nationalize the mines. With all the easily reached and exploited gold deposits having been mined out in the last century, miners are seeing costs jump inordinately; however, with the prospect of higher gold prices, even the far flung deposits are becoming profitable.

Bear in mind that miners first have to replace the deposits that they’ve mined out. After that their reserves can grow, but most miners are pleased simply to be able to replace mined-out ounces.

What is clear is that newly-mined ounces will prove insufficient to supply demand in the future. The only other source of supply has to come from what is badly termed, “scrap” gold. When this term is used it does not always mean gold that has to be re-refined like steel from a scrap car. It usually means that this is gold sold by current owners, who for some reason feel it necessary to sell it. This can be for reasons as simple as they need the cash with which to buy something else, pay something off, or because the owners feels the price is too high, wants to profit and buy it back after the price has fallen back to a level where it forms a base from which to rise again. Such sellers are confined to the retail side of gold and not to central bankers any more. That makes gold very different from silver.

This leaves the supply of gold relatively inelastic.

Only when prices ‘spike’ do we see dishoarding or scrap sales in volume. Such a ‘spike’ has to be significant because gold now has a habit of falling less than expected before consolidating ahead of the next rise. Many times traders are caught wrong-footed and pay a similar price to the one they exited at.

The emerging world investors in a debt-distressed Eurozone and central bankers comprise the backbone of the demand for gold and will do so for many years to come. All three of these types of investors are driven by factors pertaining to the retention of value. Their buying reflects a need to counter the falling values of paper money not because they use gold or consume gold. This makes gold an entirely different metal from all others.

For gold to keep this quality it must not be consumed in significant quantities; it must persuade its owners to keep it out of reach of others in vaults or personal safes and the like. It is money when all else fails.

It is this facet that keeps its price rising and always will so long as paper money, over time, continues to cheapen.

The supply of silver is mainly confined to the Americas, particularly Central and South America and Mexico. Apart from pure silver mines, silver is mined as a by-product of other metals. Where it is a by-product, its supply is reliant on the demand for the metal of the mine that the owners are targeting (i.e. nickel etc.). But there is a rapidly rising group of mines that are targeting silver alone. The supply from these mines again is insufficient to supply the rising demand from investment demand. It is growing and will continue to do so, but so is the demand, not just from the investment side of the market, but from industrial demand.

From supplying photography and jewelry demand for decades, the changing face of silver demand is remarkable. Today, its qualities in the electronic and medical field have burgeoned. Solar Panels, price tags, silver in clothes, in medicine, in computers and similar uses have moved silver from a metal related to discretionary wants to important needs. The demand for silver has moved to a much less price and economic conditions, sensitive metal, to one where demand remains strong when economic conditions weaken.

In these uses, unlike photography and jewelry, silver is consumed once and for all and does not come back to the market re-cycled nearly so much as it used to.  This is ensuring that industrial demand is now rising, taking from the market significant amounts of newly-mined silver, which never returns.

Silver has set a pattern of moving alongside gold as monetary metal too. Do not expect silver to be accepted as a monetary metal by monetary authorities for the foreseeable future, but this has not stopped retail demand from treating it as such. As the price of gold has moved up and away from the poorer investor, so they turned to silver to fulfill the same requirements of retaining value. Silver’s track record is as remarkable as that of gold having moved up from $6 to the current level of $33. This has assured the place it found in the past, in the future. Silver too, is money in the hands of poorer investors. You will not see a central banker anywhere near silver, but you will see huge numbers of emerging world investors newly rescued from poverty. With the emerging world numbering above 4 billion people, this demand has not even been dented, let alone satisfied.

The relationship we are talking about here is not the gold silver ratio; it is simpler than that. The price performance of the two metals since 2005, in particular, is roughly the same as ‘both have risen over five fold since then’. The question that investors should ask is, “Will this change?” We believe not! There is a likelihood that silver will outperform gold in the future, but remember why the two are rising in the first place.

Where Next for Gold, Silver?